There are a number of different breathing techniques in yoga that can ease stress, and make you feel less anxious and calm.

Mechanically a Pranayama practice may look similar to a simple breathing exercise but actually, in pranayama, we don’t just focus on the movement of air in and out of the lungs, as we do in a breathing exercise.

Pranayama practice focuses on consciously expanding the breath through various means of techniques, which slow down the whole breathing cycle to a state of stillness, resulting in a meditative state of calm.

In this article, you will understand the classification of pranayama and based on that, you will know 15 different types of pranayama breathing techniques and benefits. If you are interested in knowing about pranayama in great depth, I would suggest reading this beginner’s guide to Pranayama and the 12 science-backed benefits of pranayama.

First of all, The Eight Classical Pranayama

In the yogic philosophy of pranayama, the breathing process is divided into three parts; Inhalation (Puraka) — Retention Holding (Kumbhaka) — Exhalation (Rechaka). The most important aspect of pranayama is kumbhaka (i.e. breath retention). However, we focus on Inhalation & exhalation in different pranayama types, but it is ‘breath retention (kumbhaka)’ that a yogi aims to develop through a pranayama practice. This is why different pranayama types are also called ‘Kumbhakas’ in Sanskrit.

When pranayama is done with conscious effort and not spontaneously, means when we try to cultivate awareness to observe our breath, it is called Sahita Pranayama. Sahita means connected; breath retention (kumbhaka) is connected with inhalation and exhalation. The 8 classical pranayamas mentioned above are actually the practices of Sahita pranayama only.

With long consistent practice, when kumbhaka starts happening without any conscious effort or an apparent association with either inhalation or exhalation, it’s called Kevala Kumbhaka. It’s the highest stage of pranayama where a yogi without effort spontaneously holds their breath at will. This pranayama leads to the opening of Sushumna Nadi, kundalini awakening and finally Samadhi.

Master yoga gurus suggest that the best time to practice pranayama and yoga, in general, is Brahmamuhurta – early in the morning and on an empty stomach. Ideally, pranayama should be practised in an open space with good air quality.

It’s advised to practice pranayama in seated comfortable postures only. Initially one can begin by simply watching their natural breath and then try different techniques. It’s also recommended to combine different types of mudras with pranayama breathing to deepen its effects.

Each type of pranayama can arouse particular regions of the brain and affects the body differently. You can give each a try. Here are 15 types of pranayama breathing techniques.

This is the first type of pranayama and is most practised because of its soothing effects on the brain. Popularly known as a form of alternate nostril breathing, it’s a slow and deep yoga breathing exercise.

In this pranayama, we close our nostrils alternatively in a way that balances the left and right brain hemispheres.

To assess the effects of Nadi Shodhan Pranayama on coronary heart disease patients, an experimental study was carried out in 2019. In individuals who undergo Coronary artery bypass grafting (CABG) surgery, it’s found in this study on practising Nadi shodhan pranayama;

In this pranayama, exaggerated and forceful breathing is performed engaging the diaphragm and abdominal muscles.

Rapid expansion and contraction of abdominal muscles create a bellows action to ignite the body’s heat, hence also known as breath of fire.

Bhatrika pranayama is very effective in revitalizing the working of the lungs. In a 2019 study, bhastrika pranayama effect on lung function is tested among 30 healthy individuals and it has found;

In 2009, another scientific study on the effects of bhastrika on heart rate and blood pressure conducted. This time slow pace bhastrika pranayama is performed for 5 minutes followed by the measurement of blood pressure and heart rate. The comparative study between the readings of given parameters before and after bhastrika concluded that:

How to Practice Bhastrika Pranayama & Its Benefits

Kapalbhati is a type of pranayama that can be categorized under fast, asymmetrical, and diaphragmatic breathing. In kapalbhati Pranayama, forceful exhalation is attributed to the complete detox of the body by cleansing the Kapal (skull).

Besides pranayama, kapalbhati is one of the purification techniques of shatkarma.

Forceful exhalation in kapalbhati decompresses the cerebrospinal fluid in the brain. It massages the brain cells and you feel lighter after performing it.

Many studies done in the past have evaluated benefits of Kapalbhati on the body and mind.

Kapalbhati Pranayama Benefits and How to Perform Correctly

Bhramari pranayama is the most relaxing breathing technique anyone can do easily to get rid of stress and anxiety instantly. Bhramari means humming bee.

In Bhramari pranayama, as you exhale, the ear canal is closed with index fingers and a humming sound is produced from the back of the throat. The mind is focused on the vibratory sound of a humming bee in prolonged exhalation.

When you practice it long enough, little impulses of soothing humming sound continue vibrating in your head. It keeps stress and anxiety away from you.

Anulom Vilom pranayama is a type of alternate nostril breathing performed with the right hand in Vishnu Mudra.

Although there is a quite difference between both; Anulom vilom is a balancing type of pranayama that maintains the flow of Prana in Ida and Pingala Nadi equally. Whereas Nadi shodhana is a cleansing pranayama type that serves the purpose of Nadis purification.

Some scientific studies have proven benefits of anulom vilom;

In Sheetali Pranayama, the tongue is rolled in a ‘U’ or ‘O’ shape and extends out of the mouth. This is followed by long inhalation – the air is sucked in through rolled tongue and exhaled out through the nostrils. Salvia on the tongue moisturizes the air on its way through the mouth and we feel instant coolness.

Inhaling through rolled tongue in Sheetali pranayama moisturizes the dry mouth which in turn relieves from bad breath.

In contrast to alternate nostril breathing, Surya Bhedna pranayam is a type of uninostril yogic breathing in which inhalation and exhalation are limited to the right nostril and left nostril respectively.

As the right nostril is said to be the gate of ‘The Sun’, Surya Bhedna pranayama increases body temperature and gives vitality to the yogi. It can be referred as ‘hot pranayama’ or ‘right nostril breathing’.

Surya Bhedana: How to do it Correctly and Benefits

In this pranayama type, breathing is done in the opposite manner to Surya Bhedna pranayama i.e. Inhale – left nostril and exhale – right nostril.

Sheetkari is another classical pranayama breathing which is cooling in nature. In this pranayama, during inhalation, a ‘seeehh’ like hissing sound is produced from mouth which gives its cooling action. It’s also called the hissing breath.

This pranayama is simply performed by closing the mouth and bringing the upper and lower teeth together. Expose them by parting the lips. Then perform Khechari mudra by folding the tongue to touch the soft palate. Inhale through the exposed teeth. Close the mouth to hold your breath for two seconds and then exhale through nostrils.

Although sheetkari produces similar effects as sheetali pranayama, in addition, Sheetkari pranayama is especially beneficial in;

Ujjayi pranayama is performed by inhaling from the nose, constricting the throat internally, and releasing the breath opening the mouth. The exhalation must produce an “HAA” sound as you open the mouth.

Many studies have shown the therapeutic benefits of Ujjayi when incorporated with Bandhas, Mantra Japa, and yoga poses;

How to Perform Ujjayi Pranayama

Plavini is an advanced type of pranayama that demands expertise in breath-holding for a prolonged period.

In Plavini Pranayama, the air is gulped into the stomach either by means of simple nostril breathing or through the mouth in kaki mudra. Then without any physical movement or expelling the air out, the air is retained inside the body for 30 to 90 minutes.

After Plavini, Murcha is another traditional pranayama technique that emphasizes breath retention.

In Murcha Pranayama, the air is inhaled through nostrils at fullest capacity. Then using Jalandhar Bandha (throat lock) breath is held and the air is retained inside for even longer than is comfortable.

It gives a feeling of fainting to the practitioner, however, according to Hatha Yoga Pradipika – Through this pranayama, the experience of conscious unconsciousness is meant to arise.

Popularly known as box breathing, Sama vritti is a very easy pranayama technique. It’s a slow and deep pranayama type that focuses on all 3 parts of breathing – inhale, exhale, and retention.

However, in advanced yogis, a variation of Sama Vritti called Visma Vritti pranayama or uneven breath is more practiced.

Dirgha pranayama is a full yogic breathing technique in which inhalation and exhalation are done in 3 parts.

Like any other deep breathing, Dirgha pranayama relaxes the blood vessels and widen them, which reduces the high blood pressure. Its effects on the body come by its action on belly movement

There are many common names of Udgeeth Pranayama like Omkari jap, Om chanting, Omkara chanting. While performing this pranayama, Omkara sound connects you with silence within you. In this silence, our brain gets vibrations to tune in a natural frequency.

Udgeeth pranayama helps you to deal with anxiety, guilt, fear, and sadness. It cures acidity and problems related to sleep (Insomnia) and bad dreams.

Whether you are looking to reduce stress or high blood pressure, improve concentration or find stillness in your spiritual journey, there are differentf pranayama breathing techniques one can choose from.

Different pranayamas come with numerous benefits and choosing one totally depends on when you’re doing it or what you’re expecting.

For example, after a vigorous yoga session, you want your body to relax and mind to calm down. In this condition, pranayama like left nostril breathing or sitali which have cooling effects will be beneficial instead of doing kapalbhati or right nostril breathing.

DON’T MISS OUT!
Subscribe To Our Newsletter
Nurture youself with ancient wisdom of yoga and meditation related topics.
Give it a try, you can unsubscribe anytime.
Powered by Convert Plus
Tags:Pranayama, Pranayama Benefits 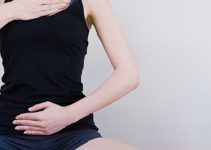 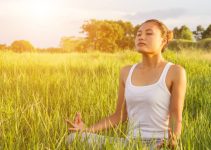