Getting control over your breathing is one of the easiest methods of meditation to calm the mind. But do you know why it’s so such an easy method?

When we focus on a process which is continuous & relative to our body, our mind starts tuning with that continuous process (or movement). And here, the movement we’re talking about is our breathing.

Pranav Pranayama – What Does It Mean?

Pranav is a Sanskrit term which is used as a synonym of the sacred syllable Om & pranayama is simply refers to breathing techniques.

In Pranav pranayama technique, a person needs to focus on the sound of “Om” while breathing normally in & out through nostrils. This process develops a moment of the piece in mind, which is a prerequisite for meditation & that’s why we call this breathing technique Om Meditation breathing.

Pranav pranayama is one of the simplest breathing technique that also introduced in the most sacred text of yoga. Pranav is introduced in yoga sutras of Patanjali (YSP) for God in this Sutra:

The sacred word designating him (God) is Pranava or the mystic syllable Om.

The simplest as well most beneficial breathing in yoga, the Pranav pranayama technique involves all our respiratory organs. This is how it works:

Before you begin this breathing technique, make sure to choose a silent & open place where you can get fresh air.

How to Practice Pranav Pranayama Although both of them seem to be similar, there is a slight difference. While doing Udgeedh Pranayama Firstly you inhale with a deep breath and then at the time of exhaling you Chant om (quite similar to Bhramari pranayama). When we perform Pranav Pranayama, we only focus on the word “Om”, not physically chant it. 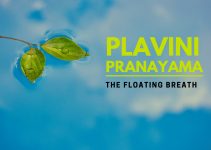 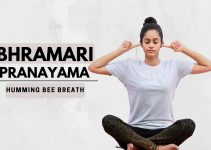