Surya namaskar is a full-body energizer sequence that combines 12 yoga poses with rhythmic breathing and mantras salutation to the sun. Also named ‘The Ultimate Asana’ or ‘The King of Yoga’, Surya Namaskar literally translates as Sun Salutation.

Getting into the meaning of Surya Namaskar clearly expresses that it is a technique of saluting the Sun with all dedication. Going deeper into Surya namaskar’s origin gives us a glimpse of the importance of this practice;

According to Hindu Mythology and Vedic literature description, Sun is the ultimate source of energy for every matter that exists in the Universe. Rig Veda even emphasizes its importance by declaring, “Surya is the Soul, both of the moving and unmoving beings“. Therefore, Surya namaskar is not only a yogic practice but also considered a pious one.

Lord Rama was a descendent and worshipper of Lord Surya. The great sages and ancient yogis treated the Sun as a revered entity by honoring the Sun with great devotion. As a result, the people of the Vedic age used to remain energetic, disease-free, and glorious throughout their life.

Derive the similar benefits and quality life by practicing the Surya Namaskar following this practice guide.

The term, Surya Namaskar has been originated from Sanskrit roots. “Surya” refers to “Sun” and “Namaskar” is further a combination term composed of “Namah” means “to pray” and “Kara” is “hand”.

Namaskar is the gesture of joining hands like in Anjali Mudra and the first pose of this sequence (Prayer pose) shows an offering to the Divine. However, in the context of Surya namaskar, the 12 prostration practitioner does, laying his body face-down on the ground in the direction of the sun, are the different form of namaskars (salutations) to the divine. The divine in this mundane world is no other but is the sun only.

This implies that Surya Namaskar is a technique of praying to the Sun with joint hands. Joining the hands describes that the practitioner is praising the Sun as the supreme and respected being with dedication.

The involvement of the asanas, pranayama, chanting, and meditation into Surya Namaskar makes it a complete spiritual practice, i.e. Sadhana.

Surya namaskar is a dynamic process that is performed rhythmically in a certain sequence of yoga poses. It represents natural rhythms happening in our world:

Besides these, Surya Namaskar is a way of paying homage to the Sun for sustaining life on Earth. Also, for regulating the entire solar system being an energy source since forever.

Surya Namaskar strengthens the back muscles and uplifts the metabolism. It serves as a cardiovascular workout and brings balance to the circulatory, respiratory, reproductive, and digestive systems.

Surya Namaskar is the most practiced sequence in yoga. In order to practice it correctly and for maximum benefits, keep these preparatory points in mind;

In general, 12 sets of Surya Namaskar are performed at the beginning of a yoga session. In this way, a practitioner performs 288 yoga poses (2*12*12) in a single sun salutation session.

12 poses of Surya Namaskar comes in this sequence;

Follow the step-by-step instructions below to practice 12 poses of surya namaskar with breathing and mantra chanting;

These 12 poses are again repeated to complete one round having 24 poses in all. After completing one half as described above, slight variations take place in ashwa sanchalanasana as:

Surya Namaskar consists of various stretching poses which lengthens the spine and other muscles of the body. This improves the flexibility and makes the muscles stronger.

The asanas involved in Surya namaskar stimulates the endocrine system regulating hormonal flow. It uplifts the metabolism rate of the body.

Surya namaskar also involves inverted poses where the heart is placed over the head. It gently massages the heart and improves the blood circulation to the entire body. This is helpful in controlling the blood sugar levels and maintains the blood pressure.

This practice stimulates all the energy chakras from root to the crown. It balances and aligns the chakras, thereby, providing spiritual benefits. The stimulation of chakras activates the Kundalini energy and rises up the crown of the head. It improves the energetic levels.

Regular practice of Surya Namaskar stretches the muscles and helps burn calories. By trimming the fat layer it provides a toned body and helpful in achieving an ideal weight.

By incorporating proper breathing pattern into the postures in Surya Namaskar helps in regulating Vata, Kapha, ad Pitta. This is so because all the five elements are balanced. Finding a balance among the doshas prevents all the ailments and strengthens the reproductive, digestive, circulatory, and respiratory systems.

Surya Namaskar provides soothing effects to the nervous system. It brings in fresh supply of oxygen and blood to the brain. This brings in mental clarity, relieves stress, anxiety, and depression.

By improving the body internally on physical and mental level, all its benefits are also reflected on external appearance. It rejuvenates the skin, alleviates or delays wrinkles and other signs of aging.

Surya Namaskar is a full package of health benefits, improving the overall health of body, mind, and soul. There is no other such yogic exercise which is easier, convenient for all age groups, and benefitting all the major systems of the body.

Start incorporating Surya Namaskar in to your exercising routine to uplift your overall health and reap all the possible benefits.

What is the best time to perform Surya Namaskar?

Surya Namaskar is intended to greet the Sun, hence recommended best time for this practice is during sunrise. However, if it’s not possible to manage morning hours then it could be performed in the evening.

Are the Surya Namaskar poses suitable for all the body types?

Yes, it is suitable for all the body types as long as you are not having any medical issues. The pose and entire practice can be customized as per the convenience. There are modifications and variations available for the kids, pregnant women, senior citizens, and several ailments.

Can Surya Namaskar be practiced without chanting the mantras?

It is okay to practice Surya Namaskar without chanting the mantras. Beginners might practice it without chanting for 4 weeks continuously and once changes in energy levels is observed, you can easily fuse the chanting into the practice to gain the spiritual benefits.

There is no strict restriction about practicing Surya Namaskar during menstruation. However, if any uneasiness or pain is felt during the practice, it must be skipped for a few days. Also, you can reduce the number of rounds during primary day of the period and increase it gradually with passing

How many rounds of Surya Namaskar can be practiced in a day?

12 rounds of Surya Namaskar are considered an ideal practice. However, beginners can begin with 2-4 rounds. It can be increased up to 108 rounds maximum if seems convenient.

DON’T MISS OUT!
Subscribe To Our Newsletter
Nurture youself with ancient wisdom of yoga and meditation related topics.
Give it a try, you can unsubscribe anytime.
Powered by Convert Plus
Tags:sun salutation, surya namaskar 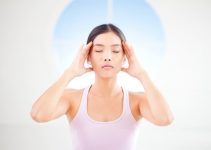