As mind (or manas in yoga) is one of 11 sense organs, on mastering Pratyahara, meditation becomes very simple practice.

In the above sutra, Maharishi Patanjali, the father of yoga, introduced the general idea about Pratyahara.

Pratyahara is when the senses (endriyanam) withdraw (asamprayoge) from the consumption of sensory objects (svavisaya), only then (iv), they turn inward and understand the nature of Chitta (cittasya svarupanukara).

After all, understanding the nature of Chitta is what the ultimate aim of yogic practices.

To understand what the term “Pratyahara” means, it can be broken down into its 2 root terms;

In Pratyahara, Prati (opposite) defines a particular set of actions that should be avoided or “to move away from” and Ahara (food) is called to what we consume through our sense organs i.e. objects in the Mundane world.

So literally Pratyahara means to move away from the sense organs consumption of the mundane world.

Normally we are indulged in the mundane world by cognitive senses and respond to it through organs of action. Our cognitive senses eyes, ears, nose, mouth, and skin (Jnanendriyas) help us perceiving the external objects and through Karmendriyas i.e. ‘feet, hands, rectum, genitals, and mouth’ we respond to what we perceive. It shows our awareness is externalized in normal conditions.

But in the practice of Pratyahara, instead of perceiving and acting on the external world phenomena, we perceive and react on what’s going inside of us.

No wonder our inner world is much calm and richer as compare to the outer world so that’s why we want to internalize the awareness which usually flows outward.

You might have experienced this calmness of the inner world when the things of the external world keep bothering you again and again but then, when for a while you close your eyes and cut off from the external world, everything seems to be wonderful as there wasn’t any problem at the first place.

A very common example of it is the turtle. When turtle feels any danger from the external world, turtle instantly pulls all their limbs inside their shell to cover him from danger. As a human, our danger is stress, anxiety, depression, and other inputs from the external world we keep taking in. While ‘our limbs’ are the 5 senses we need to draw inside to avoid this danger.

Pratyahara is the bridge that connects two sides of a coin, a journey from the external world to the inner world. Before one begins the practice of Pratyahara, the body should be prepared physically as well as mentally by the first four limbs of yoga.

In Pranayama, the last link before one begins the Pratyahara is called kevala Kumbhaka.

Kumbhaka is called to a state of breath retention in the Hatha Yoga practice of Pranayama. It’s of two types;

The state of kevala kumbhaka is called natural pranayama where you effortlessly get control over your breath.

Once you get mastery on Pranayama i.e. breath regulation, the practice of Pratyahara actually begins, why? Well, the breath controls the mind (or Chitta in yoga), and once Chitta comes in control, we can easily turn outward flowing senses and awareness back to the inner self.

Thus, when the breath is in control, it stills the mind activity, and in this state, sense organs can be directed inwards easily, without any force or much effort. This state is called “sense withdrawal”, or the Pratyahara.

What Does “Sense Withdrawal” Really Mean?

From the perspective of Pratyahara, I used to understand the meaning of “sense withdrawal” is to stop my senses to interact with the outer world. But if you understand it in such a manner, sooner or later you will realize it’s not possible to practice Pratyahara in a long run.

In Pratyahara, “sense withdrawal” means maintaining such a state of awareness where your cognitive senses and external attachments do not disturb you in any way. It means your actions, body & mind should not be driven by the external force or the sensory inputs but it should truly be in your control.

Here are some real-life manifestations of Pratyahara when your senses already are withdrawn from the external world without even realizing you;

In all these cases, you were not actually driven by the inputs from your senses, instead, you unconsciously observed the demand of the hour and as it was not really needy, you had let go the situations. It can be called as Pratyhara in Abhayasa (process).

The Body and Mind In Pratyahara

Normally, what do we feed our body and mind all day? Pizza, Burger, coffee, social media, news, surrounding chaos, ads, magazines, and other stuff which triggers our emotions and, so the sense organs, in quest of more and more. It involves a lot of metabolic activity and consumption of energy.

But in the state of Pratyhara, body, and mind is said to get their food or inputs from within, from the self itself. Some news articles have shown how some advanced yogis in India had lived decades without the food & water 1, and above that, some yogis even have survived without the breath for several hours 2. It’s not evidenced on practicing Pratyahara you can achieve this kind of superficial powers, but it’s to show how enormous amount of energy our body & mind have. Although this energy could have many names, some call it Kundalini Shakti, while others call pranic shakti but it has one source inside all beings and that is the soul.

The moment you experience a glimpse of that subtle life force (which is called Prana in yoga) inside your body that very moment you already were practicing Pratyahara without even realizing it. Our metabolic activity goes down at this moment and energy that supposed to be consumed through our senses reduced by almost 40%.

Most of the time in our daily life, what decides the definition of being good or bad, being right or wrong, being happy or sad, being pleasant or unpleasant, are based on our senses only. When the senses are the masters of our lives, we become slaves to our external experiences.

Pratyahara is not about going against your will or what you want but to understand the difference or limit between what you actually need and what are your senses cravings for. It’s about controlling the thirst of your senses that scattered your awareness to the external world. 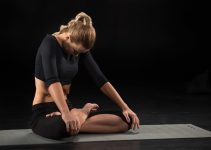