Basti Kriya is a technique of replenishing the body internally by cleansing the colon completely. It is one of the six purification techniques known as shatkarma mentioned in Hatha Yoga Pradipika.

According to Hatha yoga pradipika, shatkarma is a preliminary practice that cleanses the body internally and then prepares the yogi to attain spiritual goals.

Each practice of shatkarma comprises cleansing of certain body parts, likewise, basti kriya cleanses the lower abdomen (large intestine) by sucking in water or air through the anus.

There are two techniques of performing Basti kriya to purify the body internally and preparing the body for pranayama and other advanced asanas.

Let’s try to better understand the process focusing on its meaning, implementation, and benefits

The term “Basti” is used to describe something “that resides within a cavity surrounded by four walls.” Basti also means “to hold” or sometimes used to refer to the urinary bladder

Basti kriya shares similarity with an Ayurvedic technique, enema, where the colon is cleansed by introducing a tube filled with medicinal fluid into the rectum. The intention behind both the techniques is to evacuate stool and other impurities from the colon. Hence, basti kriya is also known as the yogic enema.

In Hatha yoga pradipika basti is defined as, “Sitting in utkatasana, navel deep in water, insert a tube into the anus and contract the anus. This cleansing with water is called basti karma.“

This cleansing technique is beneficial in curing several digestive, urinary, and eliminating disorders like flatulence, etc.

There are two types of performing Basti kriya, i.e. Jala Basti (with water) and Sthal Basti Kriya (with air). Let’s get into their practice one-by-one:

Traditionally, jala basti was practiced squatting in a river, however, using a bucket or tub filled with water will do. “Jala” is a term denoting “water”, since the water is used to cleanse the bowels here, hence the name.

In the beginning, while performing nauli kriya, uddhiyana bandha can also be applied, similar to jala basti, to suck the air in.

“Sthala” means “ground”, since this basti kriya is performed in the ground, therefore named so. People also refer to it as Pavana Basti or Vata Basti kriya because air is used for cleansing the colon.

Keeping in mind that the air used here is dry, sometimes it is also known by the name of Shushka Basti.

Basti kriya washes away or cleanses the entire colon. It removes any harmful bacteria, toxic impurities, accumulated stool, threadworms, and heat from the intestines.

This way basti kriya is great practice to flush out impurities of lower intestine that generally doesn’t removed in daily life. Hence it serves in weight loss and detoxification of the body.

Basti kriya practice benefits the abdominal organs, as pressure is exerted on the stomach. It stimulates the digestive organs and improves the efficiency of the digestive system.

Besides facilitating improved digestion, it cures digestive disorders. People suffering from constipation, nervous diarrhea, flatulence, and irritable bowel syndrome gets therapeutic benefits from Basti kriya. It also comes in handy while treating chronic colitis and dysentery with the doctor’s consent.

Basti kriya brings equilibrium among Vata, Pitta, and Kapha. It removes excess disease-causing dosha and balances the tissues (dhatus). It purifies the body and all the senses work efficiently.

By purifying the body internally this practice improves your appetite. Due to this, the body gains proper nourishment and it reflects well in the skin. Basti hydrated the body which enhances the glow, tone, and texture of the skin.

This yogic practice exerts pressure on the abdomen which stimulates and strengthens the solar plexus. It improves the overall well being of the body by influencing the nervous system. It enables the efficient working of the stomach, kidneys, liver, and adrenal glands.

6. Acts as a remedial practice

Diseases like Splenomegaly (spleen enlargement), dysuria (urinary disorders), colon cancer or tumors which is very common in male can be cured by performing basti kriya.

Basti Kriya is an advanced yogic cleansing of the body that cures most ailments. Its significance can be well understood by its description as “Ardha chikitsa“, i.e. half of all treatments of the world put together.

Thus, prepare your body physically, mentally, and spiritually for the advanced yogic practices along with revitalizing all your senses performing basti kriya.

DON’T MISS OUT!
Subscribe To Our Newsletter
Nurture youself with ancient wisdom of yoga and meditation related topics.
Give it a try, you can unsubscribe anytime.
Powered by Convert Plus
Tags:shatkarma 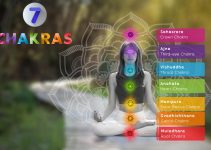 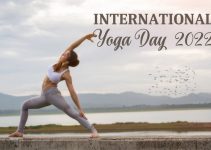