Mayurasana, the yoga pose named on peacock, is an advanced level arm balancing pose. Among the 15 asanas of Hatha Yoga, mayurasana is one of the non-seated poses. It’s performed by lifting the body on elbows pressing against the abdomen in the prone position.

Practicing Mayurasana is best considered to benefit the abdominal muscles, shoulder, and back muscles. It also acts as a detoxifier and energy booster for the body. On the mental level, Mayurasana harness attention, and willpower when holding for a longer period.

The upright position in Mayurasana calms the entire nervous system. This further adds to the coordination from various body parts during the practice and affects the whole body physically and psychologically.

In Mayurasana, ‘Mayur‘ means ‘Peacock‘ and ‘Asana‘ means ‘Pose‘. The practitioner’s hands in the final position of this asana look like the feet of a standing peacock and lifted legs seems like feathers of the Peacock. The whole body comes in a dancing peacock-like position in this pose, so it’s called “Peacock Pose”.

In Hinduism, Peacock is associated with Indra, or the ‘God of Thunder and Rain’, who causes rain and nourishes the earth. In this regard, Peacocks are said to be Harbinger ( one who gives an anticipatory sign of what is to come) of rain – by performing a dance to celebrate the arrival of the ‘Rain’.

He claimed further that the pose improved digestion, cured stomach and spleen illnesses, and prevented “toxins” from accumulating. He stated also that mayurasana would be of benefit to diabetes.

The Mayurasana is first described in the 10th century Vimanarcanakalpa. In the 1.76-7 verse of Vasistha Samhita, Maayurasana is said to be the destroyer of all the sins. It is also mentioned in one of the ancient books called ‘Hatha Yoga Pradipika‘.

This is an easy step by step explanation for the safe practice of Mayurasana.

Prior to the practice of Mayurasana caution should be taken under the conditions like Hernia, Hypertension, Menstruation, and Pregnancy. Practitioners should also avoid practice in abdominal surgery and injuries of the wrist, shoulder, and back.

How to Do Mayurasana (Steps)

In order to avoid some common mistakes, these precautions should be keep in mind while performing mayurasana;

To ease the mayurasana for beginners, one can always use the modified version of the pose by the use of props. Here are some ways to use props to modify mayurasana;

The Padma Mayurasana and Pungu Mayurasana Padmasana are advanced variations of Mayurasana. The practitioners who want to raise the level of challenge in their practice can go through these variations below;

In Padma Mayurasana, the legs are folded to form a Padmasana. The entire body weight is supported over the hands, while the core muscles and squeezed thighs are supporting the folded legs in Padmasana.

The Pungu Mayurasana is another variation for the Mayurasana. Here, the body is rest upon a single hand where the elbow rest beside the naval area. The feet remain straight and another hand remains in the air in the forwarding direction.

Practicing Mayurasana affects the brain’s region like the cerebellum and Frontal lobe. These regions are responsible for fine motor movement, balance, and the brain’s ability to determine limb position. According to one studies 4, regular practice of Mayurasana showed significantly
improvement in agility and flexibility level.

To keep the mayurasana posture balanced, muscular contraction takes place in this pose. This contraction massages and tones up the reproductive system. This nourishes the organs and vitalizes them to function on an optimum level in males and females.

According to one of the Research 5 Mayurasana is an intensive yogic pose that enhances the body’s metabolism in some time while being in the pose. This flushes out more CO2 from the lungs and cleanses the skin as we sweat in the asana. It also raises blood flow promoting better circulation to pump white blood cells through the body and help organs cleanse themselves effectively.

The advanced level of this asana makes it challenging enough that with regular practice it can totally transform the practitioner body. The stress bear by the muscles and bones while practicing Mayurasana makes them stronger and tougher. Hence, strengthens the overall musculoskeletal structure.

Manipur Chakra has control over several functions of the digestive system which is even affected by psychosomatic disorders 6.  It is associated with the power of fire and digestion which become stimulated on the regular practice of Mayurasana. Hence, helpful in Annavaha Srotas or Gastro-Intestinal Tract.

Mayurasana practice is helpful in regulating the functions of Manipura Chakra which indirectly influences Annavaha Srotas 7.

Mayurasana is a challenging but effective asana that tones up abdominal organs, stimulates the digestive system, and strengthens the reproductive system. Hence, it is an overall health and wellness gift in the form of the yogic pose in today’s world.

By regular practice, one can achieve mastery in this pose and can get various benefits associated with it. 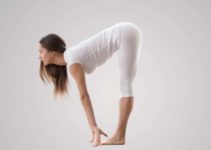 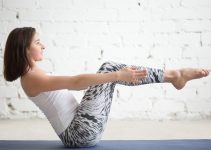