The practice of gazing steadily, without blinking on a small object is known as trataka by the wise. Trataka eradicates all diseases associated with vision & calms the mind.

Stilling thought patterns of the mind has always been the primary concern of yoga. Yogis used many meditative practices to stop the fluctuations of these thought patterns.

However, meditation becomes more comfortable & relaxed when we know where the most time of our mind involves in & thus, we try to minimize it.

The scientists have proved, 50% part of our minds keep engaging on ‘what we see,’ i.e., our vision. It is the reason; eyes closed automatically before we fall asleep, to quiet the mind.

That’s how the role of ‘vision’ comes into the yoga & we come to know about Trataka meditation.

What to Understand from Trataka?

The term ‘Trataka’ has Sanskrit origin, which means “to gaze” or “to look.” Hence, it suggests staring at a single point, to focus on something continuously and restrain the tendency of oscillation.

Yoga comprises six branches, out of which Hatha Yoga is one of the powerful and popular branches. Its literal meaning is “force” and hence includes physical techniques of Yoga.

Trataka is a technique of hatha yoga which comes under the category of Shatkarma/Shatkriyas (six techniques) in the purification of the frontal mind region. It is a science of vision.

Shatkarmas are a set of cleansing procedures and purification of the body via yogic means. “Trataka” is one of those six actions.

What to Focus? Where to Look?

There can be multiple points to look upon and objects to focus on trataka. It can be

The selection of the trataka symbol should be made with care. The thing you concentrate upon can arouse that aspect of your inner being. You may even manifest Kali (Hindu Goddess) if you focus on its image and can also be terrified by her fearsome form if you have not learned to be beyond that.

However, the steady flame light, e.g., a candle, is considered the best, most practical, and the safest for performing Trataka, until and unless the teacher or guru advise something else. The flame acts as a natural magnet for the eyes and mind, which attracts good vision and thoughts. The mind becomes capable of retaining an excellent image afterward.

Trataka is of three types:

External trataka consists of gazing at a particular object with eyes opened and focusing on the same stimulus until tears drop from the eyes. The most popular & practiced choice of gazing object is ‘candle flame’ trataka (described below).

It is the preparatory exercise for beginners who wants to deepen in meditation practice. It also builds Dharna (concentration), 6th in 8 limbs of yoga, in the practitioner.

In Madhya or middle trataka, no external object is chosen to gaze rather than gaze is focused on the middle of the eyebrows (Shambhavi Mudra) and at the tip of your nose (nasikagra drishti). It can also be practiced by fixing the gaze on a black dot printed on white paper.

Madhya Trataka increase the alertness in the person and also cultivate awareness in Ajna Chakra.

The most imagined internal object in internal trataka is the middle of the eyebrows, heart, or the belly button.

Based on focusing on external or internal objects, trataka techniques are of the following types.

It’s the type of external trataka. Steps of doing candle flame trataka are the following. The first steps are the same as in candle flame trataka except that the opening of the eyes.

The duration should be increased gradually with practice. You need to witness and observe your thoughts, feelings, and emotions throughout the process and try to keep the stare fixed. If the image moves, bring it back again to the previous position, i.e., at the center and continue your gaze until it disappears. The afterimage should be stable and focus on your intent on its color.

When to Practice Trataka?

The following are some suitable conditions and timings to get the best results of your Trataka practice.

Where Does the Trataka Act?

Trataka is believed to act on the “third eye.” It is the medium of bringing energy to the “Ajna chakra/ Third eye chakra.”

“Third eye” is a term very familiar to spiritual and meditative practices. It is a mystic and enigmatic concept of having an invisible eye located between the eyebrows on the forehead.

In the 7 Chakras, the third eye or the inner eye is considered the gateway to enlightenment and self-awakening state. It mediates our journey to higher consciousness.

Trataka makes us able to visualize beyond the circumferences which human eyes could see. It is the ability to see the true potential, and what possibly can be and happen.

Hence, the trataka exercise used to awaken the third eye and enhance our intuitive skills and higher wisdom. Trataka opens this center of energy and fosters the psychic abilities to develop the sixth sense, which helps to communicate with the mind and gain confidence in daily life.

If we go back to the tradition, this technique of meditation allows the perception of past, present, and future with equal clarity.

Eyes – Unveiling The Mind and The Soul

When you enter into a dark room, your eyes take time to adjust itself. You can accommodate that situation.

Imagine a situation of the same darkness, but not in some room instead of in your mind.

Human beings often experience the phenomenon of fundamental darkness. They are confused and indecisive. They get lost in that maze of mind game and wander to find some light.

The eyes are considered to be one of the most important sense organs. The senses of touch, smell, and taste require close approximation with the stimulus. But the sense of sight can function even from some distance. Eyes could see so far that even our ears are unable to listen if some sound generated at that same distance.

To allow clear vision in a room, you need first to remove the curtains followed by the windows pane and let the natural light come.

Same here, in meditative practices, you need to remove the curtain of negative thoughts and unstable emotions from the mind. The eyes, also referred to as “windows of the soul,” illuminate the inner being by becoming the source of natural bright light.

Trataka is a technique that let us look into the mind & so on, the soul through eyes.

Eyes and the Brain

Considering the facts of human embryology, within the two weeks after conceiving, the development of eyes start. So the relationship of eyes and brain begins in early intrauterine life.

The eyes are the medium through which the mind communicates with the external environment. Sensory signals are sent to the brain as soon as it sees something (old or new). Motor signals received according to the perception of the information made by the brain.

So, eyes are in direct association with the brain. Whatever you see makes an after-image on the mind when it completely processed. If the eyes are subjects to many objects, jerking movements or microsaccades become constant.

If you keep your eyes still and focus or your gaze on one object, the restless scan stopped, and the mind becomes more vigilant. All the distractions present in the brain diminishes. The mind becomes still and vice-versa. The perceptions can easily be modified if the vision is sharp and clear.

Hence for inducing stillness in mind, eyes gazing should be made still.

Trataka is a meditative technique that switches off the sensory input to the brain through concentration, ”ekagrata”. The brain activity gets shut down, and you can gain control over the sensory data.

Trataka means to gaze steadily, so eyes are the vital medium to gain access to the higher consciousness. By merging into the observation of an object, you control your mind and stop it from wandering here and there.

How Trataka Works Through Eyes?

The sensory modalities are switched off through trataka & the brain comes to a powerful form of rest. Heart rate and other organs slow down and rejuvenate themselves by restoring the Prana – life force.

The area which usually remains dominant calmed down through this process, while dormant domains get a chance to charge themselves and become aware.

When we restrict the awareness to one stimulus, which is kept unchanged, the mind is ‘turned off,’ and contact to the external world is withdrawn. Through trataka, we learn the art of exclusion, where we focus our mind on one object only. This technique is a road to the inner paths, a journey of self-realization where lower and higher selves meet.

There are various scriptures mentioned in Gheranda Samhita, which explains the benefits of Trataka. Trataka not only elevates the spiritual self but also has wonderful effects on human physiology and psychology.

Various studies have taken place in the field of healthcare to assess the effects of trataka on cognitive functions as well as the physiology of human beings.

A study was conducted among the elderly age group of Goa, India, to assess the effects of Trataka on their cognitive functions. Participants in this study insisted to practice eye exercises, focus, defocus, chanting, breathing, and silence during relaxation.

Concerning eye diseases, e.g., ametropia and presbyopia (timira), research was done on a total of 66 patients (132 eyes), recruited for the study.  The results suggested moderate improvement in clarity of vision, contrast sensitivity, and fineness of objects.

It was found to be encouraging as the significant improvement was achieved with this non-pharmacological, low cost, relaxation technique. If combined with pharmacological interventions along with diet and lifestyle modifications, better results can be obtained.

By performing beautiful technique of Tratka, you can attain complete calmness and peacefulness of mind with increased cognitive functions.

Hence, Trataka Kriya is a treasure mentioned in various scriptures of Yoga. It is an art to awaken the third eye- the inner eye of knowledge. In this dark world of Kali-yuga, where everyone is engrossed in their problems and struggle to do better in life, this traditional technique can become a ladder to reach the ultimate state of awakening. It can rejuvenate the consciousness and aid in the union of higher and lower selves.

By regularly practicing Trataka, you can achieve absolute happiness and can organize the dissipated and scattered energy of the senses and emotions.

Trataka not only enhances the concentration and focus but also teaches to see beyond the external appearances. It polishes your intellect and allows you to develop insights and wisdom.

DON’T MISS OUT!
Subscribe To Our Newsletter
Nurture youself with ancient wisdom of yoga and meditation related topics.
Give it a try, you can unsubscribe anytime.
Powered by Convert Plus
Tags:meditation, shatkarma, Yoga, Yoga Benefits, Yoga Mudra 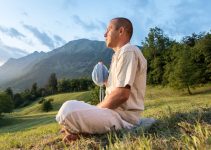 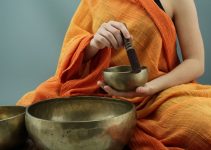 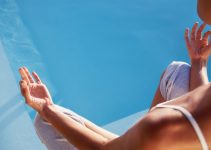 Rishita is pursuing a Master's degree in Public Health with a passion to be able to effectively maintain healthcare standards and successful implementation of Health Programs and Policies. Health information through effective communication and strong leadership is one of her goals as a Public Health professional. She also writes about Yoga, Meditation and importance of psychological and spiritual health.