Ashtanga Yoga is one of the hardest yoga styles which is mostly practised by people who have gained a certain amount of endurance, flexibility, and physical strength. This yoga style requires dedication and patience as it is only when you master one pose, you can move to the next one.

In this yoga style, asanas are practised in a dynamic vinyasa form with a simultaneous focus on breath and movement. The Ashtanga Yoga consists of six series that contain many levels of asanas from beginner to advance. The series is fixed and is taught in the same way all around the world.

In this article, we will talk about the 1st series, or as it is called, the Primary Series of the Ashtanga Yoga.

What is Primary Series in Ashtanga Yoga?

The primary series is the foundational practice of Ashtanga yoga in which various postures are practised in a sequenced manner. The sequence is called Vinyasa where practitioners move from one pose to another in coordination with a breath count.

It is used as the daily yoga practice for yogis who practise Ashtanga yoga. This sequence was first taught by Sri K. Pattabhi Jois in Mysore, India. The primary series is the first series students learn.

The Primary Series is called Yoga Chikitsa. This Sanskrit term translates as “yoga therapy”. It’s called so because the asanas of this series have a therapeutic effect on the body and mind.

The Primary series is considered the base of the rest of the five ashtanga vinyasa sequences and is also said to be the hardest to perform. Through this series, you will start getting familiar with the various vinyasa and alignment of asanas.

Yoga poses of the primary series have been ordered in such a vinyasa that it creates subtle therapeutic effects which cleanse the nadis of the body (energy channels). In return, clear nadis allow prana to flow more freely, hence the body heals and purifies itself.

With a better flow, your concentration, confidence, willpower, and mind-body awareness will be enhanced.

Physically, primary series poses are good to build muscles strength and flexibility, especially of the core, upper trunk and legs. The various fold and bends of the asanas sequence (Vinyasas) will remove stiffness/tightness and detoxify the nervous system.

The asanas are rigorous which will generate internal heat through which you will aid in releasing the toxins through sweat. Specific drishtis or focal points combined with breathing will give you the required concentration and focus needed to practice the asanas.

An expert and certified Ashtanga Yoga teacher will initially teach you the asanas which you will have to memorize with vinyasa. From the next class onwards, the student will be performing them on their own and perfecting them at their own pace.

The teacher will go around the class and assist you in correcting the asana. Each student gets personal attention.

All Ashtanga Yoga classes start with an opening mantra. The opening chant is as follows:

Through this mantra, you are ideally bowing down to your guru and invoking the blessings of the sage Patanjali.

You then start with Surya Namaskar A and B which are performed 5 times. Then it goes as follows;

Ashtanga yoga primary series begins with two forward folds, Big Toe Pose and Hands to Feet pose. In each of these poses, your Drishti (gaze points) will be on the nose.

It is followed by the set of triangle poses – Triangle, Revolved Triangle, Extended Side Angle, and Revolved Side Angle. The Drishti will be on your hands. You will be performing 2 more forward bend poses, Wide-Legged Forward Fold and Side Intense Stretch. Here the Drishti is again on the nose.

You will further continue to perform a few standing balancing poses, Extended Hand to Big Toe Pose and Half Bound Lotus Intense Stretch. The Drishti for the 1st pose will switch from the foot to gazing far left/right and for the 2nd set of poses, your Drishti will be on the nose. Here, each pose will be done on both left and right sides.

Then comes the first vinyasa of standing pose sequence. From fierce pose (generally known as chair pose), take a wide stance and come into warrior 1 pose. Then move into the warrior 2 pose. Drishti for the 1st pose will be the thumbs and for the 2nd pose will switch from hands and gaze far left/right sides.

After the body softening and stabilizing standing poses, you will now be performing the seated asanas. These are considered to be the heart of the Primary series as they have a calming effect on the mind.

After these therapeutic folds and twists, you will be practising variations of Head to Forward Knee Bend (drishti – foot) and four versions of sage Marichi’s pose (drishti – switch between feet, nose, gaze to left/right).

Now move on to performing the Boat pose (drishti – nose) 5 times. Next comes a few sets of difficult asanas that include:

The family of angle poses is to be performed 3 times after the above asanas:

You end this category with a few reclined asanas:

And now we move on to the finishing sequence

The last category of the primary series consists of 9 asanas. These poses slow down the body and encourage you to take more breathes. The ending inversions increase the blood circulation in your body.

You start with the Shoulder Stand (drishti – nose) and then perform the following asanas in fluidity:

You will now be entering the calming stage where the asanas will prepare you for the ultimate asana. First, you will be practising Yoga Mudra (drishti – third eye), followed by Lotus Pose (drishti – nose) and Lifted Lotus (drishti – nose).

The final pose to end the primary series is the Corpse Pose which is performed with closed eyes and rest for 10-15 minutes.

At the end of the class, you will chant the closing ashtanga yoga mantra that marks the peaceful end.

How long does it take to complete the Primary series?

Every student is unique in their own manner and possesses different capabilities. Since you are practising the asana at your own pace, it will take some time to become an expert. On average, it takes 90 minutes to complete the entire Primary series.

However, in order to master the entire series, it may take a month or two. This is nowhere the ideal time frame that you should adhere to and compromise on the quality of the pose. Based on your capability, flexibility, body type, and strength, it may take a lesser or longer time.

The focus should be on the synchronization of the breath with the movement and quality of the asana.

Can beginners perform the Primary Series?

If you are literally starting your yoga journey in general, it is advised that you first understand the basics of primary series poses. Once you gain the required stability, physical and mental strength, and flexibility to hold the poses, you can start the learning process of the Primary Series. However, to get into the vinyasa flow, a beginner can start with half primary series as well.

This series is very demanding hence it will be beneficial if you have already performed some intermediate to advanced poses to understand the level of fitness and stamina required to hold each of these poses.

The above may seem daunting however remember that every yoga asana was a first a challenge, which you eventually overcame by regular practice, focus, dedication, and practice. There is no doubt that most asanas are of the advanced level, you will only be moving on to the next asana when you and your instructor think you are ready.

Go at your own pace and never compare your pace to others. Remember to breathe through the entire process and align your Drishti to keep your mind away from distraction.

DON’T MISS OUT!
Subscribe To Our Newsletter
Nurture youself with ancient wisdom of yoga and meditation related topics.
Give it a try, you can unsubscribe anytime.
Powered by Convert Plus
Tags:Ashtanga Yoga 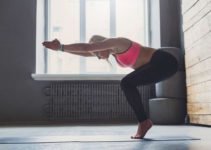 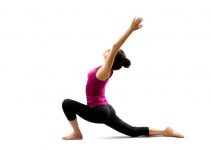