Sarvangasana yoga is one of the beginning poses of inverted pose series. On practicing it, you will feel the lightness of the body and a sense of relaxation in the mind.

The beauty and all the benefits of Sarvangasana lie in its inversion action, so let’s understand what does it mean and how it works.

Salamba Sarvangasana is a combination of two words:

In this pose, the back in an inverted position is supported by the hands & shoulder and all body limb gets benefits from it. So it’s called “Salamba Sarvangasana, Supported shoulder stand“.

Indeed, the shoulder is the primary limb in Sarvangasana on which the whole body rests. Besides shoulder, the neck is closely connected to it so when in this asana, pressure comes on shoulders it stimulates the thyroid gland present in the neck. As we know thyroid gland takes care of metabolism, growth, and development of all limbs so all body parts benefited in this asana simultaneously. This consideration makes it easy to understand how Sarvangasana benefited all body limbs – Because the shoulder supports the whole body in this position.

Shoulder stand is quoted as “Mother of Asanas” by Guru Ji BKS Iyengar.

Also, it’s mentioned in his book, Sarvangasana should be master first before commencing in the practice of Sirsasana (headstand). It’s like a beginning class practice before we forwarded into the higher class. So, in comparison to Headstand which is called father or King of asanas, Sarvangasana plays a preparatory role into inversion poses therefore called mother or queen of asanas.

The modern version of Shoulder stand is popularised by T.krishnamacharya lineage but a similar pose called Viparita Karani is mentioned in 15th-century text Hatha Yoga Pradipika. It means this has been practiced from ancient times.

Apart from this, Sarvangasana is also documented in the 14th-century Shiv Samhita and 17th-century Gheranda Samhita.

To begin the Salamba Sarvangasana practice easily and safely, go through the below points.

The steps of advanced practitioner’s, however, comprises the complete plough pose (Halasana), where the final position is same as above.

Hold Sarvangasana pose at least for 3 to 5 minutes. With practice, however, this period can be extended up to 15 minutes practice at the end of a yoga session.

A skilled practitioner can go beyond normal timing as long as it is comfortable. Do not exceed time in excitement or competence.

Check the modifications below to ease the practice of Sarvangasana for beginners.

Sarvangasana has the maximum number of Variations in poses. In Krishnamacharya’s book Yoga Rahasya there are 66 variations of Shoulder stand along with headstand.

Some most common variation are the following:

It’s known as bridge pose. In this variation of Sarvangasana, the body comes down from inverted to backbend position. Or alternatively,

In this, legs come in padmasana after reaching the final position of Sarvangasana. It’s called Lotus shoulder stand. To do this,

It’s the half lotus shoulder stand pose. To do this,

It’s called One Legged Shoulder stand Pose. To do this,

Parsvaika i.e. Parsva + eka + pada means one leg side. In this variation, one leg brings a side to the floor (in line of the trunk) while another keeps standing as the base pose. It’s called Side One-Legged Shoulder

Parsva means side. This variation is done by giving the trunk a lateral twist from the base Sarvangasana pose. It’s called side shoulder stand pose. 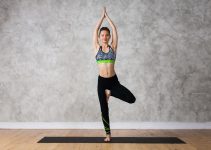 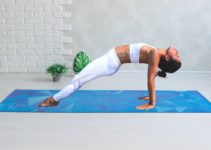 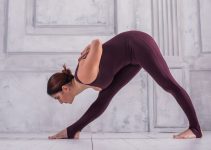