Home » Yoga » What Is OM: Its Meaning, Symbol & Chanting Benefits Have you ever try to feel the settlement of your breath after a physical workout or at sleep time after a busy day? Basically, these are a few times in our daily life when we really communicate with our inner selves.

Try to feel the sensation triggered up in your body while breathing & you will realize, at the core of your breath a sound is continuously going on, that is OM.

According to Hinduism, Brahma (creator of the universe) was the only entity before this universe began. Brahma’s thought ‘to become many’ has formed the vibration that settled down in a sound called ‘OM’. This whole process brought ‘the ultimate reality’ or ‘life’ or ‘the universe’ into existence.

OM is a Sanskrit syllable ॐ, holds the vastness of comprising a sound that pervades the whole universe. In the mantras perspective, OM is a bija or seed mantra.

As a seed mantra, OM is usually used in the activation of the crown chakra and at the beginning (prefix) on the Saguna mantra (sound with meaning, form & a manifestation). By this fact of giving birth to a Saguna mantra, OM is also considered a Nirguna (unmanifest i.e. beyond 3 gunas).

Some example of saguna mantras which stems from OM are: In nutshell: ‘OM’ is the prana that you keep on breathing, whatever you see or able to perceive, your consciousness and its depth. The source of the very first vibration of the entire universe is ‘OM’.

Literally, as OM is nirguna (attributeless) it can’t have a certain meaning. But for the purpose of interpretations, OM can be elaborated in different ways.

Syllable ‘OM’ is derived from the Sanskrit word ‘Omkara (ओंकार)‘. It is also called ‘Pranava‘ in Sanskrit, which means ‘Bow to the divine to the folded hands’. It’s the representation of the ultimate reality of the universe.

However, ‘OM’ has been first mentioned in the Upanishads (ancient Sanskrit texts of spiritual teaching and ideas of Hinduism).

‘Vayu Purana‘ has compared OM to the trinity of Hinduism, which represents the union of the three gods.

Manduka Upanishads stated about the syllable OM, in the sense of initiator of the universe. Before the beginning of the universe, Brahmaa (absolute reality) was the single entity. Their thought to become many has given birth to the very first vibration, which further turns into the sound. Therefore, This sound came to be known as the syllable OM.

In mandukya Upanishad, sages have said OM is a tool that can lead you to the ultimate reality of the self. According to this literature, a person has 3 dimensions of perception:

In these 3 dimensions, there is an undisturbed or pure consciousness that experiences all but still unaffected from its consequences. This is the 4th dimension of our existence, called true-self.

The sound of OM also comprises these 4 dimensions of our existence in a hidden form.

This is the reason why the sound of OM is considered Atman (soul within) or Brahman (ultimate reality) or the sound of God. In favor of this, Patanjali introduced OM in yoga sutras as:

4 Parts of the OM Symbol Symbol of OM holds the knowledge of the universe in its structure. You will be surprised to know that the ultimate goal of one’s life is hidden in the symbol of OM.

When OM analyzed structurally, it has 4 parts:

1. Three Curves of the OM

Fourth or the dot represents the turiya. In this state of consciousness, the practitioner gazes neither inwards nor outwards, or the two together. However, this state brings the practitioner to the rest or peaceful or blissful state, which is the ultimate aim of all spiritual activity. This state also illuminates the other three states.

3. A Semicircle Between Curves & Dot

So, in this way OM untwists the hidden mystery of the purpose of life and the universe.

‘OM’ is the mother vibration of the universe, which refers to the Atman (ourself, soul) and Brahman (supreme truth, the initiator, the ultimate reality, divine aspect). The sound of OM on pronouncing has three parts. All have their specific meaning and significance.

‘Ah’ is the sound that comes when we begin the utterance of ‘OM’. This represents the first lord Brahama, who is known for the ‘creation’ of the universe. It’s concerned with the waking state and connects our gross conscious to the lower part of the body.

‘Ooh’ is the middle sound, in which the practitioner dive into the deepness of self. This represents the second lord Vishnu, who is responsible for the ‘preservation’ of the universe. It is concerned with the dreaming state and connects our subtle consciousness to the middle part of the body.

‘Mm’ is the releasing sound. It’s fade away and takes the practitioner toward the supreme. This represents the third lord Shiva, who is known as the ‘destroyer’ of the universe. It is concerned with the deep sleep state and connects our casual consciousness to the upper part of the body.

Why Do We Chant OM?

Basically, the tongue is being used to produce all other sounds or vocals. When we chant OM, three sounds (Aa, Ooh & Mm) are produced very clearly through the mouth without moving tongue.  So, OM is the basic or the fundamental sounds in existence.

Human internal organs are very sensitive to the vibration produced by 3 sounds of syllable OM.

OM is the source of creation & by chanting it, we show our gratitude to that source power. According to modern science, the whole existence is reverberation. Wherever is a vibration, there is a sound and wherever is sound, there is creation.
For example, television has three color webs from which it produces millions of colors. Similarly, these three basic sounds of OM produces a variety of expression on a specific combination.

Sound ‘Aa’ is the basic sound not only in India but all across the world. Uttering of it starts from the roots of the energy body or beneath the naval, where 72,000 nadis (subtle energy channels) meet. This is the maintenance center or called the Manipura chakra in yoga. As you utter ‘Aa’ the Nadis reverberates the vibrations across the whole body. If you utter Ooh and Mm, it spreads in a different way, for every sound some part of the body gets affected.

Every sound activates a certain dimension of your energy system. So, these three sounds as a combination activate the whole system of the body. Sound not only creates emotion but it changes the whole system of your body. Therefore, chanting OM is the science that could make life happen to you. This is about making life happen in the highest terms of intensity and beauty. OM is the sound whose vibrations have a grasp on the entire universe. Chanting OM in mediation has innumerable benefits in the sense of physical, psychological and emotional levels. Regular uttering of this sacred syllable could be of paramount way to change one’s life forever.

Chanting OM is not only beneficial for the one who is practicing but also for the surrounding. Uttering OM produces the sacred vibrations that overpower the negativities flowing in the environment around. Also, chanting OM maintains or prevents the positivity from leaving the place.

According to research 2, regular chanting of OM in the meditation practice helps in reducing stress and anxiety.

Vibrations produced while chanting OM activates certain centers and nerves (vagus), which are the most common treatment of stress. However, it also regulates the unspecific activity of the endocrine system responsible for the production of chemicals that causes stress & anxiety.

The digestive process is concerned with the vagus nerve 3 originates from the medulla of the brainstem.

OM chanting has a significant effect on the digestion. The vibration produced on the utterance causes a stimulation of the vagus nerve (controls the digestion related activities). Further, which regulates the digestive process of an individual.

5. Maintain the Rhythmic Activity of the Heart

Chanting OM has a calming effect on the heart. It maintains the natural rhythm of the cardiac cycle. As we start to chant OM, the ‘Ooh’ sound reaches the to the upper body from its originating position navel. This spreads through the entire thoracic region of the practitioner and preserves the heart’s natural rhythm.

A 14-year-old Indian girl 4 found in a study that chanting sacred syllable OM can reduce fatigue.

She got the inspiration for this research when she visited a holistic state Uttarakhand, & saw priests carrying water from Bageshwar to Kedarnath, covering 68 km every day, without tiring. The priests sang a tune of OM, all along. 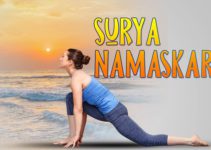 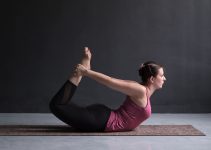