Hakini Mudra is a yoga hand gesture named after goddess Hakini. Her immense power is an emblem of thunderbolt which has seat on the place between eyebrows i.e. third-eye chakra.

Due to its direct relation with third-eye, practicing Hakini Mudra is considered best to uplift the brain power, hence known as mudra of mind & wisdom. This power of goddess Hakini is called Hakini Shakti.

According to an ancient tantric text Yoginihrdaya, Hakini is one of the 7 goddesses named Amrtananda, Dakini, Rakini, Lakini, Kakini, Sakini, and Hakini. These 7 goddesses are considered fundamentals to support the basic structure of the body i.e. skin, blood, flesh, fat, marrow, bone, and semen (collectively called Dhatus in Ayurveda). Although, other texts also interpret Hakini as a powerful female demon.

Steps to Do Hakini Mudra

How hakini mudra impacts our brain can be understood using the involvement of fingers in this mudra.

On pressing all fingertips against each other, the brain centers get activated concerned with the subtle aspect of the physical and psychic body. Mantra chanting and meditation while pressing those points in Hakini Mudra stimulates the spiritual energy sitting at the floor or Muladhara or Root chakra.

If you feel low after small mental work, then the regular practice of hakini mudra lifts the energy flowing down from the root chakra to the Ajna chakra. It redirects energy along the spine to meet at the Ajna chakra. The confluence of Ida, Pingala, and Sushumna nadis at Ajna chakra brings the change in the memory retention, imagination, concentration, and brainpower of the practitioner.

However, practicing Hakini Mudra along with the three bandha (Jalandhar, Mool, and Uddiyana) also influences the consciousness and various psychological aspects of the individual.

DON’T MISS OUT!
Subscribe To Our Newsletter
Nurture youself with ancient wisdom of yoga and meditation related topics.
Give it a try, you can unsubscribe anytime.
Powered by Convert Plus
Tags:Yoga Mudras 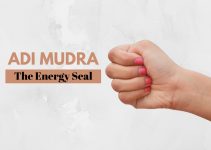 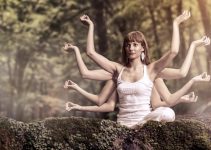 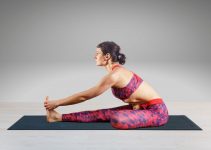