Siddhasana the second most considering asana for practicing meditation, just after the Padmasana. It gives similar benefits as Padmasana, though siddhasana is much easier to practice and maintain.

In Hatha Yoga Pradipika, Siddhasana along with padmasana, simhasana, and bhadrasana has called 4 important asanas as it improves the posture of the body to sit comfortably in meditation.

In Siddhasana, the word Siddha means ‘Adept’. An adept yogi who has gained spiritual enlightenment and supernatural powers through meditation in the path of yoga is called Siddha. Siddhis are called the powers of a Siddha that actually lies in our body but due to our ignorance, we can’t explore it fully.

Siddhasana is called accomplished pose in the sense of achieving that perfection where you become a Siddha, Adept yogi. In Siddhasana

To keep your posture steady, tuck the toes of your right foot into between your left thigh and calf.

Keep in mind your knees are touching the floor and if not then use the modified pose. Press your tailbone firmly into the floor and pull the crown of your head towards the ceiling. Lengthen your spine and keep it neutral along with your neck.

In the traditional version of Siddhasana, yogis used to fix their gaze in between eyes in Shambhavi Mudra for meditation.

With hands, either acquire simple Gyan Mudra or place hands in Namaste at heart center.

You can hold the pose for as long as possible or can do pranayama, dhyana, or Japa for miraculous benefits.

Release the pose by slowly straightening the bend right leg in front of you then left leg in the same manner. Once you’re in complete staff pose, stand up slowly, and then you begin other practice.

When hips joint isn’t fully open, it becomes hard to maintain Siddhasana in right way. For the persons with such problem, Ardha Siddhasana (half perfect pose) can be done.

For Ardha Siddhasana, arrange left foot in the same way as described above and then place right foot on the floor just in front of left feet, instead of above it.

One leg in Siddhasana takes over another, in the same way, as in lotus pose but in lotus pose, both ankles are cross-legged. Indeed this is the reason siddhasana is also called Ardha padmasana (half lotus pose).

The yogi practicing contemplation upon Atman and observing a
moderate diet, if he practices Siddhasana for twelve years, obtains the
yoga siddhis.

DON’T MISS OUT!
Subscribe To Our Newsletter
Nurture youself with ancient wisdom of yoga and meditation related topics.
Give it a try, you can unsubscribe anytime.
Powered by Convert Plus
Tags:sitting asana 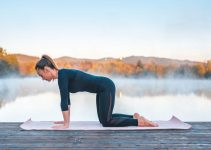 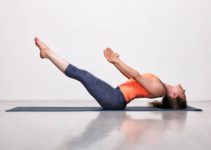 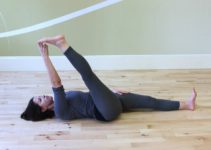