Rabbit Pose is a relaxing posture. In Bikram yoga, it’s practiced as one of the endings poses to which brings a calming effect to the body.

It is performed sitting on the heels including inversion and forward bending followed by stretching the body.

Taking balasana as a foundational pose, to come into the rabbit pose, the hands are brought to the feet. From there, the crown of the head is placed in between to the knees. It leads to shifting the body forward taking support from the head and lifting the hips.

It majorly benefits the neck, hips, and lower back muscles. Keeping its difficulty level in mind it is considered under the intermediate level.

The name of Sasangasana is due to the posture that the body attains mimics that of the rabbit. As in Sanskrit, a rabbit is called “Sasanga”. It is so as in this pose the spine gets rounded and shares a similarity with the rabbit’s spine and posture.

In Sasangasana, as the head achieves an inverted pose, therefore the nerves get calming effects. Stretching of the neck leads to improved hormonal flow and maintains the endocrine system.

It should be noted that Shashankasana (hare pose) is different from Sasangasana (rabbit pose). These two poses share similarities in Sanskrit name, otherwise, both have different procedures and ways of performing.

The name shashankasana is used for it because here it is compared with the moon (Shashank in Sanskrit). As the moon is taken as a symbolic representation of peace and calmness and the soothing effects of this posture are quite similar for the body

How to Do Rabbit Pose (Steps)

Keeping a folded blanket under the head and knees can be a relaxing modification for rabbit pose. It reduces the pressure on the knees and head while maintaining the stretch.

Rabbit pose is most beneficial and can cure the the following conditions;

The spine is flexed in the pose, it causes the back muscles to relieve tension. The spine is actively engaged in the process and rhythmic breathing helps to lengthen it and increasing its strength.

The arms are stretched along with shoulders and back. The neck is also curved lengthening the spine from the crown. Therefore, any tension trapped in these regions is released by practicing the rabbit pose.

The stretch involved in the neck stimulates the thyroid gland. It maintains the proper hormonal balance and builds immunity by improving metabolism. The hormonal regulation benefits the functioning of the endocrine system.

The muscles of the abdomen are also stretched while holding rabbit pose. It tones the abdominal muscles making them stronger. It also stimulates the digestive organs and facilitates the functioning of the digestive system. 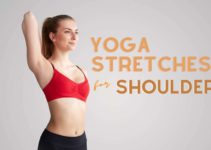 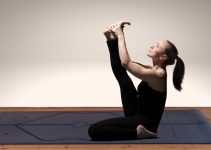