According to Sarira Traya, a human being have “3 bodies” namely Karana Sarira (causal body – innermost), Sukshma Sarira (subtle body – middle), and Sthula Sarira (gross body – outermost). The way different nerves, arteries, veins work on the gross body to transmit the nerve impulses, blood, and other nutrients throughout the whole body. Likewise, nadis and chakras are the transmission medium that works in the subtle body to carry and spread prana, consciousness.

However, because nadis and chakras actually are the components of Pranamaya kosha, a layer that is found in the subtle body, they cannot be seen by the naked eyes. One can only sense the presence of it in deep meditation as these are present in pranamaya kosha. Pranamaya kosha is one of 5 koshas (sheath) that comes after a yogi successfully passed Annamaya kosha – the physical “food sheath”.

When it is said that chakras are the energy centers, what is it actually made of which makes them the center of energy?

The energy of chakras is actually the manifestation of pranic movement induced by constantly flowing Prana in the Nadis. Prana is the universal life-force energy that keeps us alive. When nadis are purified and prana harmoniously flowing in it, the convergence of Nadis forms chakras. Because prana is life-force energy, it produces vibratory motion in chakra (where it crisscross in nadis). However, this vibratory motion is very subtle but it’s responsible for a person’s mood, behavior, thought process, and many complex functions of the body. That’s why chakras are said the energy center in the body.

According to yogic texts, there are 72,000 Nadis or the energy pathways present through and around the whole body from the soles of the feet to the crown of the head in a definitive pattern. Their location, functions, nature, and other characteristics are fixed in all human beings. All nadis originate from two centers in the body; Kandasthana (below the navel) and heart. However, nadis are present throughout the body but with the main focus of energy flowing through the central channel along the spine and head.

The 7 Chakras and 3 Nadis

7 chakras we usually know in yoga are located along the spinal cord. It’s so because the flow of energy along the spine is intensified due to the 3 main nadis Ida, Pingala, and Sushumna.

Each of the 7 chakras is represented by the lotus flower having a certain number of petals. In a chakra, the number of petals of the lotus flower actually shows different small Nadis (nadikas) meeting at that chakra. Further, the vibratory sound of a particular chakra is determined by the intensity of Prana flowing through nadis forming chakra. And this sound is represented by a Sanskrit letter written on petals of a particular chakra.

Located at the base of the spinal cord, the first chakra Muladhara contains 4 nadis. These 4 nadis themselves are called main nadis; namely, Sushumna, Ida, Pingala, and downward flowing energy (Apana).

The sound of these 4 nadis at the root chakra is shown by 4 Sanskrit letters va (वं), scha (श ), sha (षं), and sa (सं) on the lotus petals. Further, each of these letters is associated with vrittis (quality) which can be felt when kundalini awakened.

Goddess kundalini lies dormant in the Muladhara as long as Ida or Pingala Nadi predominates. It only passes through the Sushumna Nadi and Sushumna can only be opened when there is a balance of prana flow in Ida and Pingala.

Svadhishthana chakra is a lunar predominant energy center. Its quality is more like the Ida Nadi i.e. cool, calming, and relaxing. It’s associated with the water element.

6 Nadis emanate from Svadhishthana chakra. Again, the vibration produced by these Nadis is shown by the lotus petals of this chakra.

These 6 petals symbolize six obstacles on the path of development: Anger, hate, greed, jealousy, cruelty, laziness. Ida Nadi governs all these obstacles of Svadhishthana chakra and its overactivity can be calm down by practicing right nostril breathing.

In manipura chakra, the qualities of the solar energy channel i.e. Pingala Nadi are predominant. It’s associated with the fire element. As Pingala Nadi is known for courage, intuition, Rajasic quality, Manipura chakra is the giver of physical power and creativity.

There are 10 nadis emanate from manipura chakra represents by mantra written on this chakra’s symbol. In the gross physical body, these Nadis function is associated with the digestive system and pancreatic gland.

After Kandasthana, heart is the place from where maximum number of nadis (101) originate in the body. It makes Anahata chakra a powerful energy centre that connects lower physical chakras to upper psychic chakras.

Anahata chakra, the center of compassion, love, and care is again an Ida Nadi dominant center. The grounding qualities of Ida make heart chakra a suitable center to concentrate naturally in deep meditation.

12 syllable written on petals are 12 nadis that pass through this chakra, represents the mental modifications (when the chakra is imbalanced) and qualities of heart (when the chakra is balanced). It’s associated with the calmness of the air element.

Nadis emanate at heart chakra governs the circulatory system, respiratory system, and auto-immune system and associated with the thymus gland in the gross body.

Vishuddha chakra is positioned in the throat region. The quality of throat chakra is influenced by the dominance of Pingala Nadi. It gives strong communication skills, a vision of creation, and willpower to a person.

There are 16 nadis come across this chakra making it most powerful from the lower chakras. It’s associated with ether element. Physically nadis of throat chakra governs respiratory system and associated with thyroid gland.

Ajna chakra aka third-eye chakra is the height stage where 3 main nadis Ida, Pingala, and Sushumna meet at one point after its commencement from the root chakra. In the physical body, its location is at the center of the forehead between the eyebrows.

Sahasrara chakra presents at the crown of the head. It’s said, all nadis including kundalini united with Lord Siva at this Chakra which gives supreme bliss to a yogi. Kundalini enters into Sushumna Nadi at Brahmadwara (the door of Brahma) at the base of the spine and before crown chakra, it comes out at Brahmarandhra (hole of Brahma).

This chakra is represented by thousand lotus petals, showing 1000 nadis coming and going out at the crown of the head. On 1000 petals of Sahasrara chakra, all 50 syllables of Sanskrit repeated again and again. These 50 syllables are total letters of the Sanskrit language and are written on petals of the lower 6 chakras (4+6+10+12+16+2). It shows nadis at the crown chakra consists of all the qualities one can get when a chakra is opened.

Chakras are powerful centers in our subtle body. Any “change” that we observe in our physical body always has a “cause” that lies in our chakras system. It’s like a cause and effect relationship. The effect is observed in the gross body, while the cause usually manifests in the subtle body.

To make the chakra harmoniously function, Nadis are something you can work on. To purify nadis and work on Nadis, Pranayama is like physical exercise which keeps Prana flow controlled in it.

DON’T MISS OUT!
Subscribe To Our Newsletter
Nurture youself with ancient wisdom of yoga and meditation related topics.
Give it a try, you can unsubscribe anytime.
Powered by Convert Plus
Tags:chakras, Nadis 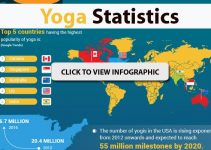 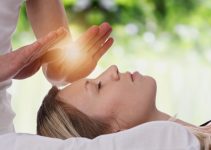 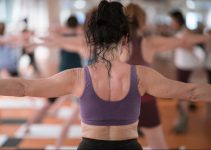