Skandasana in yoga is a side lunge exercise that is a part of the hip opening sequence. Sometimes it’s practiced as a transitional pose in a flow but when practiced separately, it deepens the stretch of glutes, hamstrings, and quads muscles.

If you have practiced Squat pose (Malasana) before, then Skandasana is an advanced variation of it in which body weight rests on one foot instead of both feet.

In Skandasana, the body weight is shifted on one bent leg so that the opposite leg can be freely stretch out to the sides. It tones the legs and gives you slim thighs.

In skandsasana, ‘Skanda‘ represents ‘a warrior’s position during an attack’ and ‘asana‘ means ‘pose’. This pose is dedicated to Kartikeya, who’s the elder son of lord shiva and called the god of war.

When the body comes in the side lunge position of Skandasana, it makes the practitioner looks like an attacker position on the battlefield. So, the asana got its name. It’s also called ‘pose of the war god’.

According to the epic poem, Kumarsambhava written by Kalidasa; Once the demon named Taraka was creating a disturbance among the Gods.

He had been granted a boon that could only be killed by the lord shiva’s son; for which Goddess Parvati went to him but Shiva was in deep meditation; to disturb Shiva, Kama (god of love) shot an arrow of desire at him, in response burnt into ashes, as shiva opened his third eye.

After that, to get along with shiva; Parvati followed asceticism by opting for religious discipline and got married to shiva; after some time, Kartikeya (Skanda) born; and after reaching manhood destroyed Taraka.

This asana can be practice safely by practicing the giving steps.

The follow this sequence of Skandasana: from left leg to center position and center to the right leg. Repeat! When done, stop in the centre position and relax in tadasana.

In the series of lunge pose, poses like Equestrian Pose, Low Lunge Pose and High Lunge Pose can be practiced.

Side lunge variations consist of different position of arms and upper trunk that can be practiced in following manner:

In this variation of side lunge pose, arms are wrapped around the bent leg so it bounds legs and deepens the opposite leg stretch. To do this:

2. Standing Side Lunge with Forward Bend

For this variation, after coming into final position of side lunge pose, straighten your trunk and then bend forward from your waist. Here in this position, hands can be resting on respective legs or on the floor.

DON’T MISS OUT!
Subscribe To Our Newsletter
Nurture youself with ancient wisdom of yoga and meditation related topics.
Give it a try, you can unsubscribe anytime.
Powered by Convert Plus
Tags:balancing pose, sitting asana 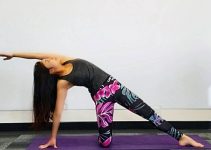 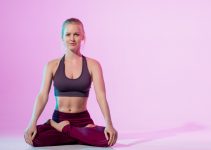 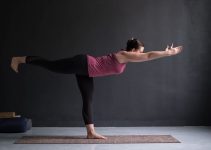