If you are a yoga practitioner or have a sound knowledge of what yoga is! Then probably you would have heard this sentence in yoga –

This sentence or traditionally called ‘Sutra‘ is the second among 196 Sutras (aphorisms) contained in most renowned text on yoga i.e. Yoga Sutra of Patanjali.

This sutra signifies for what purpose yoga practice was intended to begin and what yoga does.

Here for simplicity purpose of translation, individual words of this sutra can be translated as:

Collectively, these individual words describe the true purpose of all practices of yoga.

Yoga stops the thought fluctuations that stem in our mind.

Individual words in the Sanskrit language can have very great depth meaning behind them. The same here apply on the individual words of the above Sutra.

Philosophy of yoga is one easiest way to understand the psychology of the mind.

In order to make it understand, Patanjali introduces Chitta in Yoga Sutra & what are its different parts which eventually opens the gate to understand consciousness.

Chitta is a tool of our ‘internal sense of organs (Antahkarana)’ which let us think, imagine, feel and process according to our intellect. It can’t be compared with some physical organ system like the brain.

In yogic philosophy, the theory of Chitta is compared to the factors from which the universe is created.

According to it, the consciousness in us and in the universe is because of three qualities viz Trigunas (Sattva, Rajas, and Tamas) of nature.

These three qualities play a vital role in knowing your personality, hence directly connected to the mind.

Like the universe, Chitta also made up of Trigunas & so the human’s source of consciousness. The quantity of Sattva, Rajas & Tamas in Chitta varies from time to time & decides the behavior, perception of the quality & intellect of an individual being. Trigunas is the reason you feel sometimes very active, curious about something and other time feels sleepy & lazy.

You can imagine the role of Chitta in the human body by considering a computer system having some software and hardware.

Chitta is like the software of a computer system wherein the physical body is the hardware of it. It is the software of experiencing the outer world through the body (hardware) & realizing the inner-self.

Chitta is made up of are 3 parts. The literal meaning of Manas is ‘Mind’. Manas is the fundamental instrument of Chitta or Antahkarana (internal sense of organ).

Manas regulates the external sensory system & collects raw data from the environment through 5 senses (Sight, Sound, Smell, Taste, and Touch). It is responsible for the perception of an object & realization of the presence of a thought (Happiness, Sorrow).

In Yoga Sutra, Power of mind to control itself & sensory system is referred to as psyche or Mati (Manas).

The object of Mind (Manas)

How Consciousness flows in Us: Body, Mind (Manas) & Soul

A soul is conscious but its motionless present in the heart. On the other hand, a mind is active but don’t have its own consciousness.

Considering mind without a soul is like an unconscious instrument which can’t work properly. To make the mind work proper, the soul’s consciousness is transferred to mind & through the mind to the whole body.

In this way, a mind is used as a tool between body & soul to flow consciousness. Buddhi is the second instrument of Chitta & it literally translates as ‘Intellect’.

It decides acceptance or non-acceptance of raw data coming from Mind (Manas) through different senses & previous experiences. In the process of realizing a thing, buddhi is above mind. Decision-making ability of buddhi makes us aware of an object or a thought. Hence, with buddhi, awareness born & start growing.

Perception of an object & then analysis on that perception, buddhi leads to certain characteristics about an object. Furthermore, with this characteristic of an object, we begin to identify things according to our buddhi.

Completely awakened buddhi is when the mind (Manas) is silent and not involved with external senses (instead mind lies with the soul in this state). Ahamkara is the 3rd substance of Chitta which born out from buddhi’s decision on raw data. It creates ‘I’ sense in the mind, hence our awareness binds up to limited thing only.

Feelings & thoughts about things stem from ‘I’ sense & we begin to identify things accordingly.

This can be understood in the following way: Suppose a dog bites you once. From that experience, you begin to identify the dog as a harmful animal & develop a personality of yourself ‘someone who hates dogs’. This is the development of ‘I’ sense from Ahamkar which makes us realize the presence of our enemy.

Chitta is the complete set of consciousness which born out with soul & ends up on Ahamkara. It let ‘a thought’ enter in Manas through senses, process on thought (Buddhi) & finally generate an ‘I’ sense (Ahamkara) according to our buddhi.

DON’T MISS OUT!
Subscribe To Our Newsletter
Nurture youself with ancient wisdom of yoga and meditation related topics.
Give it a try, you can unsubscribe anytime.
Powered by Convert Plus
Tags:Chitta, Yoga, Yoga Chitta Vritti Nirodha, Yoga Philosophy 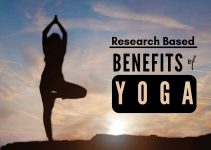