Yoga has always been an art of discovering the ‘true Nature’ of the self to unite with ‘divine Nature’. Vedanta tells, the practice of yoga works effectively only when we know ‘who we are’ 1 (True nature of self).

Now, when we talk about ‘True Nature’, it is governed by distinctive souls & hence possesses physicality, mentality, emotion & energy in a different manner within us.

Thus we all operate at different levels of individuality & hence there are 4 paths of yoga for each kind of individual.

There are 4 governing forces that represent ‘True Nature’ of our lives. These are Mind, Body, Emotion & Energy.

On the basis of these 4 forces, each person has a different kind of individuality. Hence, ancient sages developed disciplines for each kind of person to achieve the ultimate goal of yoga & we call it 4 paths of yoga.

Karma yoga is the path of selfless action (Seva – सेवा) where every action is served as an offering of the divine (God) without any outcome desire.

The karma consists of all the body action (Physical karma) as well as thinking action (Mental karma).

The true meaning of Karma yoga is the union with the work we do. When we truly unite with our karma there is no more outcome desire rest in our mind because we simply become our karma.

Research 2 has proved the therapeutic treatment of karma yoga to reduce the chances of anxiety and apprehension.

Karma Yoga according to Bhagavad Gita

Arjuna asked Lord Krishna why he’s urging him to engage in the Mahabharat war, as fighting in the war is not a good Karma.

Then Lord Krishna said: Karma is to make us realize the true self. It liberates us from the cycle of birth & death when we perform our prescribed duties for divine satisfaction.

On the other hand, if karma attached with the outcome desired of work, it binds us to this materialistic world.

The philosophy of jnana yoga is quite matched with ‘Aham Brahmasmi‘ Sanskrit sloka which means a jnana yogi is God of his own.

Swami Vivekananda 3 said – “God manifested himself on earth in the form of living creatures.”

Self-observance is the key quality of Jnana Yogi seeker. This quality helps the seeker to grow & evolve knowledge inwardly.

In Jnana Yoga, practitioner seeking the truth of ‘Who am I’.

The moment practitioner experience True-self lies within, the practitioner got the True-knowledge. Now, a practitioner can distinguish the duality of Truth-untruth.

For Jnana Yoga, there must be a Guru under the guidance of which student acquire knowledge. Then seeker starts meditating on Supreme-God or Brahman with the help of knowledge acquired from the guru.

Jnana Yoga according to Bhagavad Gita

Lord Krishna said The Transcendental Knowledge of the Soul can be achieved when seeker freed from attachment, fear, and anger, & fully absorbed into the divine. It is the True knowledge.

Krishna further said True knowledge comes as the fruit of selfless devotional-action (Karma Yoga). Once seeker attains the experience of True-knowledge all the ignorance of heart can be slashed out of it.

Bhakti is developing the emotion of devotion, love, compassion, and sacrifice for all beings – Humans or animals & nature surrounding us. Surrendering all these emotions ultimately to the divine is the Bhakti Yoga, the spiritual path of yoga.

Old or young, rich or poor, sick or healthy anybody can be devoted to the Supreme-divine. It requires only our surrendering towards divine & we will reach to the ultimate goal of yoga. Hence, Bhakti yoga is the easiest path among 4 paths of yoga.

When somebody says ‘God is everywhere, God dwells in everything’ it’s the love of that person which leads him towards the Supreme-soul. This emotion (love) connects the seeker heart with the Divine.

Love is naturally occurring constituent in the heart but in most of the people, it lies in a dormant state. The practice of Bhakti yoga path arises this emotion & eliminates hatred, lust, jealousy, and arrogance from the heart.

Bhakti Yoga according to Bhagavad Gita

When Arjuna asked Krishna to told him the easiest way to merge with supreme-divine, he explained Bhakti marg (path) to him. Krishna said: Whoever performs all their works devoted to the divine and rests all outcome of works on the divine, that seeker goes towards salvation.

Raja yoga is the source of many styles of yoga we practice today. Another name for Raja Yoga is  ‘Yoga of mind’ because most of the practices of it focused on seeker’s state of mind.

As Raja or king controls his entire kingdom very independently and confidently, the same way raja yoga makes us control over our mind and let us eliminate vritti (fluctuations) created in our mind.

Raja yoga tells eight steps path (described in Patanjali’s Yoga Sutra as 8 limbs) in a very clear way to bring the focus of mind and body at one point (dharna or concentration).

Later on, with time & regular practice, seeker directs this focus inwardly to merge with divine energy.

Raja yoga is the combination of all 3 aspects of yoga – physical, mental and spiritual. It is Hatha yoga when we mostly concern about physical aspects.

Ultimate Goal of 4 Paths of Yoga

Aatma (Soul) lies within us is the part of Paramatma (Supreme-soul). True nature of supreme-soul is Ananda (bliss) & thus soul within us always strives for the same.

This nature of soul tends us towards happiness in life. But we all have a misconception of happiness with materialistic happiness – it’s just Maya (delusion). Ananda is truly acquired only when Soul experiences supreme-soul through the practice of any one among 4 paths of yoga.

All 4 paths of yoga do not represent the separate goal from each other.

Although the journey of practicing each path is different the ultimate goal of 4 paths of yoga is union with supreme-soul. This union leads us towards Ananda & can be achieved only through the consistent practice of yoga.

Yoga of Synthesis: Combination of 4 Paths of Yoga

It’s seen in persons that there consist of more than 1 governing force (Body, mind, emotion & energy) in the majority.

Hence, a person can use certain lessons from each path to attain the ultimate reality.

Swami Sivananda introduced Yoga of Synthesis­­­ in the context of combining the 4 main paths of yoga with various sub-yoga practices.

He believed that ‘yoga is not just one-sided development (following one path) but the true wisdom can be attained when certain lessons from each path are integrated by practitioner’.

Hence, the yoga of synthesis is the combined practice of serving, compassion towards others (Karma & Bhakti yoga), acquiring knowledge, realizing self (Gyana & Raja yoga) along with the practice of mantra, kirtan & hatha yoga.

Hence, 4 Paths of yoga are basically the 4 different approaches for different individuality of the person to reach the ultimate goal of yoga. 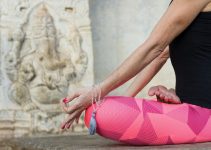 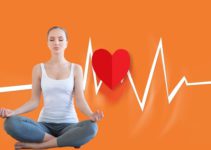 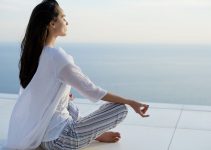