Practising yoga can lead you on the path of attaining physical and mental wellbeing, while in scriptural language the ultimate aim is enlightenment. The asanas, pranayama and mudras are a way to channel prana in the right direction, which advertently provides an understanding of true wisdom and knowledge. Through yoga, you can also decrease your sufferings and discover contentment, happiness, mental clarity, and peace.

Yoga has gone through various stages of refinement and development, after which, four yoga paths were formulated:

In this article, we will be discussing Jnana Yoga, which is the path of knowledge and wisdom.

What is Jnana Yoga?

Jnana means ‘knowledge’ in its literal sense. Through Jnana yoga, a yogi seeks to achieve the ultimate goal of yoga by acquiring knowledge through scriptures and experiences of real life.

It is considered to be the most difficult path to attain self-realization because Jnana yogi requires to have an intense spiritual practice and discipline. Through meditation, self-inquiry, and contemplation, the yogi can attain wisdom about the true reality of self and be liberated from the Maya (illusions).

Jnana Yoga is also called the Yoga of Intellect as it is through knowledge of scriptures and self-study, one can unify the Atman(inner self) to the Brahman(ultimate reality). Through techniques of self-inquiry, conscious illumination, and reflection, defined in the Four Pillars of Knowledge, it requires the mind to move beyond intellect and seek the absolute truth.

As per this philosophy, the knowledge acquired through the 4 pillars will bring the realization that the inner self is not separated from the ultimate reality. This liberation of the illusion of duality will bring an end to all your sufferings.

Moreover, the concept of Jnana Yoga was propagated by the ancient Indian philosopher Adi Shankaracharya, who consolidated the Advaita Vedanta around 700 BCE. According to his understanding, the yogis needed to completely renounce the world to be liberated from Maya to achieve self-realization.

The concept of Brahman in Jnana Yoga

Brahman, as outlined in Jnana Yoga, is absolute, the ultimate reality i.e. Sat. The concept of space, time, and causation is unchanging and it has no beginning and end. The Brahman is infinite and it is something our normal mind cannot comprehend.

It is the highest universal principle that is omnipresent, which means it is present in EVERYTHING.  As per Advaita Vedanta, Brahman is the ultimate truth that binds everything together in the universe. This concept teaches us that all people are spiritually one irrespective of caste, ethnicity, race, or nationality.

The Maya or illusion, which hides within the ego of mind and body, is the root cause of all sufferings and it is what separates us from knowing the Brahman. The practice of Jnana Yoga will help in making a connection to the Brahman by eradicating ego and liberation from desires and objects. The aspirant will be able to move beyond the illusion and experience a shift in their viewpoints and awareness.

The Four Pillars of Jnana Yoga

Before embarking on the journey to self-realization, you must follow the Sadhana Chatushtaya or Four Pillars of Knowledge. These steps should be practised in a sequence as they are built upon each other. These pillars will provide spiritual insight and understanding and also aid in reducing the suffering and dissatisfaction in life.

1. Viveka – This Sanskrit word means discrimination and discernment. One should continuously and deliberately make an intellectual effort to distinguish between the Self and not-Self, the real and the unreal. Constant association with saints and continuous study of Vedic literature can help you develop Viveka to the maximum degree.

2. Vairagya – It means detachment and dispassion. A Jnana yogi should be non-attached to the pleasures of the world and heaven. However, it doesn’t mean that you should leave everything and live a life of solitude in the Himalayas. You should be detached mentally from worldly possessions while carrying their duties and responsibilities. A long-lasting Vairagya can be achieved with a successful Viveka.

4. Mumukshutva – It means longing or yearning. The intense desire for liberation from the wheel of birth and death, sufferings, sorrows, delusion, old age, and diseases. If the aspirant has successfully practised the Viveka, Vairagya, Shatsampat, Mumukshutva will easily come to them. When one achieves the purity of heart and mind along with discipline, the yearning for liberation dawns by itself.

It is not necessary to have mastered one pillar to move on to the next, however, you should feel ready before moving forward.

How to Practice Jnana Yoga?

It is said that people with pure hearts, open and rational minds, and sharp intellect can take the jnana yoga journey. To practice this path of yoga, a person should first practice Karma Yoga and Bhakti Yoga to prepare the heart and mind to receive the Knowledge. It is recommended to practice Jnana Yoga under the guidance of a highly expert and qualified guru to keep an accurate track of your progress.

Once you have successfully completed practising the Four Pillars of Knowledge, you are ready to practice Jnana Yoga in its essence. These practices have also been outlined in the Upanishads, which are:

Sravana – Hearing or experiencing the Vedic knowledge and Upanishads literature through a guru. Here the guru will impart all his knowledge and the philosophy of non-dualism to their disciples through various analogies and stories. The student also studies the Upanishads on their end to assimilate the knowledge to understand the concepts of Atman and Brahman.

Manana – After the disciples have attained all the knowledge, they should now contemplate on it. The students should reflect and observe the teachings received from the guru and derive conclusions from them. They should think about the concept of non-duality and understand their subtleties.

Nididhyasana – The last practice is meditation. Here the student performs constant and profound meditation on the Brahman, which ultimately leads to the expansion of Truth. Through meditation and reflection on the primary mantras of the Upanishads, the aspirant can pursue the union of thought and action.

The stages through which a Jnana yogi will progress have been described in 7 stages by Swami Sivananda known as Jnana Bhumikas. It is a roadmap through which the yogi can gauge their progress and follow the path of self-realization.

The 7 stages of Jnana yoga are:

Jnana Yoga is unlike any other physical yoga as it involves psychological liberation through gaining knowledge, reflection and self-inquiry, and meditation.

It is a complex and difficult form of yoga that requires a person with a pure heart and mind to pursue the path of self-realization. It may take a person an entire lifetime to achieve self-realization or sometimes they may achieve it by a few years of practice only, however, this doesn’t mean that you should be discouraged.

Even if you are not looking for complete liberation, taking the path of Jnana Yoga will give you significant spiritual insight and open your mind to the perception of Truth. 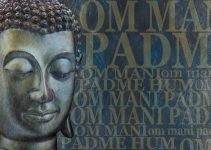 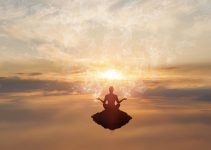