In Hindu Vedic rituals, Fire (Agni) and its logs (stambha) used to create a place for prayers & offerings that connect Vedic people with a higher power. Fire log yoga pose has the same spiritual essence other than its therapeutic applications in sciatic pain.

Fire log pose aka Agnistambhasana is an advanced level of yogic posture. It is performed in a sitting position and forms a major part of the hip-opening series.

The pose is about stacking the alternative heel-over-the knee and knee-over-the-heel. This is followed by leaning forward from the groins maintaining the integrity of the entire spine.

“Agnistambhasana” is the name derived from Sanskrit for this pose. Here, ‘agni’ refers to ‘fire’, ‘stambha’ means ‘pillars’ or ‘log.’ In English, it is referred to as fire log pose or burning log pose.

In the final position of Agnistambhasana, stacking the legs resembles a couple of fire logs stacked one top of the other. The seeker also feels a burning sensation on the hips and pelvis while performing the pose, hence the name.

The position of both the legs stacking the ankles to an alternative knee in this pose is similar to the leg position in pigeon pose. Hence, it is also named as double pigeon pose, ankle to knee pose.

The pose is named after the fire, the purest or the purifying element. Like the fire is used to purify gold, similarly, agnistambhasana is used to cleanse the body by releasing the tensions trapped in joints.

This also enhances the blood flow and nutrition intake in the involved muscles. This in turn makes the groin, gluteus, and other muscles stronger.

The lower body is actively engaged in this asana. The pressure felt on the lower body provides toned muscles by burning excess body fat.

The abdominal organs also experience pressure while holding the pose. It leads to the production of the stress hormone that stimulates the efficiency of the digestive system.

It has therapeutic actions on digestive disorders by improving the bowel movements.

The leaning forward involved in agnistambhasana engages the pelvic zone. It stretches the groin and reproductive organs. This increases the blood flow to these organs stimulating the sexual performance.

The back is kept erect throughout the practice. This pressurizes and stretches the entire spine, making it flexible. It eventually helps to relieve the lower back pain.

While performing agnistambhasana, the spine is kept straight lengthening from the crown of the head. This is practiced along with rhythmic breathing. This enhances the oxygen and blood flow to the brain calming the nervous system.

This calming effect improves the concentration power. It is also helpful in getting rid of stress, anxiety, and other mental disorders.

Agnistambhasana stimulates the pelvic zone and the pranic movement involved opens the sacral chakra. It inculcates the creativity, lifts the emotional state, and enhances intellect.

DON’T MISS OUT!
Subscribe To Our Newsletter
Nurture youself with ancient wisdom of yoga and meditation related topics.
Give it a try, you can unsubscribe anytime.
Powered by Convert Plus
Tags:sitting asana 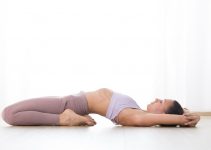 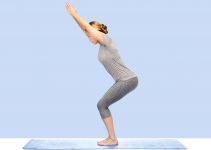 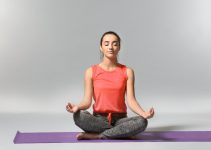