Enlightenment is the highest state of spiritual awareness. It usually happens when a person forgoes his ego, material pleasure, and sense of self. The person is deeply connected to the higher realms through Innerself.

When you achieve this state, you feel a divine peace within yourself and have attained the wisdom of the universe. The person is also relieved from the cycle of rebirth or has achieved the Moksha. Enlightenment should not be related to only one or two religious concepts.

It is a state anyone, from any background, can attain if they follow simple but extremely rigorous tenets.

More often than not, we have stories of ancient sages, saints, or even common people who have attained enlightenment through rigorous meditation and by giving up worldly pleasure. The story of how a prince, who was perturbed by the sufferings in the world, gave up his prince hood in search of the divine truth, is one of the most inspiring and well-known among the masses.

Buddha “the enlightened one” is the founder of Buddhism. The concept of enlightenment in Buddhism states that once a person has attained enlightenment, he has achieved Nirvana. Which means he will be relieved of being born onto the samsara (a cycle of being born, death, and rebirth).

Importance of Symbolism in Buddhism

When we think of Buddhism, we always picture monks in orange and dark red robes, stupas, colorful flags, their majestic temples, a large tree, and the most common of all, a serene statue of Buddha.

Did you notice a pattern here? These are all symbols that represent religion and the spiritual meaning behind it.

Buddhism has a deep connection with symbols that are as old as the date of Buddha’s enlightenment. The Dharma wheel, Lotus, Bodhi tree, and hand gestures of Buddha are some of the most common symbols that most of us recognize and are a way through which this religion spreads the teachings.

Each symbol contains a specific meaning and relation to his teachings and shows us the way to lead life and reach enlightenment. They are also used as a focal point for meditation, in various ceremonies and artwork in the monasteries.

Unalome is one such symbol that has been gaining significance in the western world in recent times. Due to its beautiful drawing and appearance, people nowadays are using it for body tattoos.

Unalome is a Buddhist symbol that contains a twirl or spiral at the base, followed by twists and knots, ending with a straight line and 3 dots on top. This simple symbol is the representation of human existence or the path all humans take in their life.

In appearance, it is a beautiful symbol, with twisting and straight lines, spirals, knots, and a dot, which may come off as a simple doodle but contains a profound meaning and representation of human life.

Unalome symbol is the embodiment of our existence and analyzing our actions. It is a way through which we can be aware of our role on this earth, understand the true meaning of kindness and be consistent on the path of enlightenment.

It shows that each of us goes through a combination of straight, circular, and unwinding road which is filled with fear, love, anxiety, happiness, etc. The learning which we attain during this path is how we build our life and shape ourselves to reach enlightenment.

What does each part of the Unalome symbol signify?

The Unalome symbol has gained prominence in recent years, however, the philosophy of human existence and their journey to achieve enlightenment that it depicts is centuries old.

The unalome symbol has basically three parts; The spiral at the base, twists and knots at the middle, and a straight single dotted line at the top (which signifies the freedom stage of human life).

Let us have a look at them in detail.

The base of Unalome symbol starts with a spiral. Spiritually, the centre of the spiral signifies the start of the enlightenment journey. The doubts, fears, weaknesses, and uncertainties we face are all represented by the spiral. It also symbolizes our struggle to let go of earthly possessions and desires.

The way we being earthly creatures get to indulge in materialistic possessions all over our lives and never find a way out of it, the spiral in unalome symbol represents a trap of delusion. One must think above worldly desires in order to get out of this spiral.

The spiral extends to the twists/loops/zigzag/curves, which takes up the majority part of the symbol. These twists are the ups and downs, the struggles we face in our journey to enlightenment, or our life in general.

The seemingly never-ending loop shows that human life is never simple or easy and sometimes we have to step back and reflect to become wiser.

When we learn from our struggles or overcome challenges in our lives, we tend to get clarity. We start achieving awareness and our horizon of higher consciousness expands. This leads to tightness of the loop or twist.

As the loops become tight, it shows how the human mind is now being centered and is becoming mature. In the path to enlightenment, the person is now being connected to the divine. The straight line from this loop is the oneness of the spiritual Self and higher realms.

At the end of the symbol is a dot, which is a bot further away from the symbol. It can be interpreted in a number of ways.

In the most literal sense, it signifies the death of a person or the “end of a journey”. Another meaning of the dot is the aspect of the uncertainty of life. The final truth is most definitely present but most of us often tend to ignore or don’t believe it.

The third interpretation is that it signifies the attainment of enlightenment. The stage where the person has reached nirvana or moksha, the liberation from the cycle of birth, death, and rebirth.

Unalome Lotus – In a variation of the Unalome symbol, you will see the dot is replaced by the lotus. This beautiful flower holds a lot of significance in Buddhist culture. The lotus flower represents the awakening of Buddha. It also acts as a reminder that all humans have the potential and strength to reach the stage of awakening.

The lotus is a symbol of purity, renunciation, rebirth, and the presence of Buddha in the Buddhist culture. It is also a symbol that is closely associated with Padmasambhava, who is supposedly famous for introducing this religion in Tibet.

Unalome in Hinduism – As compared to Buddhism, the Hinduism concept of Unalome is relatively simple. According to the Hindu culture, the Unalome represents the third eye of Lord Shiva who is one of the main gods of this culture.

The Buddhist culture believes in the oneness of Self and the collective and the Unalome is the perfect embodiment of this belief. The symbol recognizes the sufferings of human life however it also shows that they are not permanent.

Yoga and meditation are the ways through which you can achieve this oneness. Whenever you are meditating or are stuck in life, communicate through the Unalome. It will be a reminder that these suffering are mere obstacles that you have to overcome to achieve something greater in life. That they are a part of life but do not last forever.

Use Unalome as the symbol of hope and let it guide you in your journey to attain enlightenment. 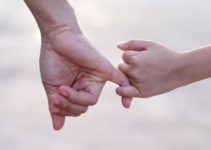 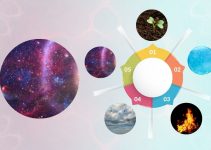