Home » Articles » Yoga » What is Laughter Yoga? Benefits and Exercises to Practice

Laughter yoga is the practice to promote deliberate laughter which stimulated by a series of physical movements and breathing exercises. However in this yoga initially the laughter is simulated, after a session of practice soon it turns into real laughter.

The very basic idea of laughter yoga (in terms of practice) is to laugh without any humorous stimulation, however, the mind must not interpret the laugh as a fake one. The main aim of laughter yoga is to deal with stress, anxiety, and depression caused in the fast-paced materialistic world.

To begin deliberate laugh, the most common techniques used in laughter yoga are certain warm-up exercises, like stretching, clapping, eye-contact greeting, and chanting. These exercises are directed towards lowering the levels of inhibition. Then it’s followed by breathing techniques to prepare the lungs for a good laugh. And finally, different laughing exercises are performed.

Though laughing therapy has been used for decades, laughter yoga first began as a club by a family physician Dr. Madan Kataria in Mumbai, India in 1995.

Dr. Madan Kataria in his book “Laughter Yoga: Daily Laughter Practices for Health and Happiness” mentioned that he was deeply inspired by an American Journalist Norman Cousins’s book “Anatomy of An Illnesses.” The book mentioned how cousins rejected traditional painkillers and watched funny movies, and used laughter to treat his ankylosing spondylitis.

He was equally intrigued by the research works of Dr. Lee Berk of Loma Linda University in California, showing that unfettered laughter reduces stress and impresses positive influence on the immunity system 1.

Personal experiences and such documents led Dr. Kataria to incept the idea of a laughter club. He started the first laughter club with just 5 members. And today there are over 5,000 clubs worldwide.

Laughter can regulate hormones like epinephrine, norepinephrine, dopamine, cortisol, serotonin, and HGH. The combination of these hormones is responsible for stress and different stress-generated physical difficulties. The psychological benefits of laughter yoga also include treating depression, panic attacks, and anxiety disorders.

Laughter yoga can help you be physically fit as well. It improves blood circulation and oxygenation. However, in aggregate many other physical benefits can be noticed, like:

Laughter yoga improves your emotional stability, intellectual balance, and cognitive abilities. These personal developments help you develop a strong and impactful personality. It will increase your confidence, communication skills, expression ability, and social interaction skills. With a stress-free mind, you will also be able to reasonably self-analyze and self-reflect. Which can eventually yield spiritual benefits like self-realization.

Does it really work?

Few other advocates of laughter yoga believe that it can increase the supply of oxygen to the body tissues, boost immunity, relieve pain, prevent cardiac diseases, diabetes, arthritis, migraine, and potentially cancer.

Physiologically speaking laughter yoga can be more beneficial to natural laughter. Ideally, laughter needs to be sustained, deep, and unconditional. These traits are very rare in the laughter of a grown-up which is strictly governed by intellect and inhibition.

Laughter yoga practice starts with a few warm-up stretches, clapping, and moving. It is then followed by a few deep breathing exercises and “ha ha” “ho ho” chants. These practices improve your pulmonary and muscular conditioning for laughter.

Following are the most common laughing exercises:

The connection between laughter and yoga

Yoga as a whole focuses on gaining control over the mind and the body. It trains you to unite the mind, body & soul with the common consciousness of all creations. In a simpler sense, yoga helps you integrate with society and the world around you.

Laughter is a mind-body phenomenon and the practice that teaches you to gain control over the process of laughing.

Laughter yoga helps the practitioner establish a yogic connection between mind and body through laughter; A laugh that can transcend beyond emotional and intellectual blocks, and uplift our consciousness towards the spiritual realm.

Initially laughter yoga was just a club; it didn’t entirely take the shape of yoga. However, it was noticed that practitioners faced physical challenges in sustaining, deep and unconditional laughter. The issues were many, both in terms of breathing and muscles involved in laughing.

This was when the scope of integration between laughter and yoga emerged. Dr. Kataria introduced a warm-up “ho ho” and “ha ha” chanting. He soon realized that this warm-up chant was essentially acting like the Kapalabhati Pranayama. Eventually, he built his entire warm-up routine with yogic stretches and Pranayama breathing techniques, to prepare the respiratory system and bodily muscles into aiding a perfect laughter session.

Warm-up breathing techniques of laughter yoga focus on slow and focused exhalation, which boosts the process of oxygenation. Everytime you exhale your lung removes carbon dioxide from the deoxygenated blood and replaces it with oxygen. The removed carbon dioxide is discarded through the exhalation.

This oxygenated blood carries oxygen to different parts and organs of the body; the oxygen triggers various biochemical reactions that cause growth, development, and healing.

Apart from the warm-up breathing techniques, laughter in itself is a form of extended exhalation. Our lungs generally hold 3 litres of reserve air, most of which is carbon dioxide. When we inhale our lungs expand to accommodate about extra 500 ml of air. On exhaling, we discard 500 ml of air as well.

Now through sustained laughter yoga practice, we inhale less and force out our lungs to exhale more. This force exhalation can remove up to 1.5 litres of the reserve 3 litres of air (which is mostly CO2.) On repeating this process the percentage of oxygen gradually increases in the reserved 3 litres of air.

The process of sustained laughter is also a wholesome exercise for your lung muscles, increasing their breathing capacity. Laughter yoga enhances your diaphragm, abdomen muscles, and parasympathetic nerves; all of which actively participate in respiration.

Every popular belief system or practice spans across a set of theories and philosophies. Similarly laughing yoga works on the following principles:

Another philosophy of laughter yoga is that childlike laughter is unconditional. A child laughs without any reason, and simply from the inner joyfulness. Laughter yoga, thus consciously practices to develop the ability to laugh like a child.

The physical activities of laughter yoga are based on the theory of motion creates emotion. This theory draws from the philosophy that our mind and body are integrally connected. Whatever our mind feels, our body does too, and vice-versa. Building on this idea laughter yoga includes physical motions that encourage the process of laughter.

And finally, laughter yoga emphasizes more on joy than happiness. As happiness is always conditional and fleeting. Happiness lasts momentarily.

“Whilst happiness is just a subjective state of mind, joy is a state of biological reality.”

Laughter generated from happiness will not last long. Hence laughter yoga focuses on developing a sense of joy, which is unconditional, everlasting, and a lot controllable. Laughter sessions generate joy and not happiness.

Additionally, it has been scientifically proven that the body cannot distinguish simulated laughter from a real one. Even in pretense, your body goes through similar physiological and biochemical changes, as it would go through during real laughter.

A critical point to observe is that in both the cases of real and simulation, the process of laughter remains scientifically identical. It is just the initial stimulus that differs. And since the stressful life of an adult can provide a stimulus strong enough to trigger sustained and unconditional laughter, on a regular basis, laughter yoga is only the sensible choice. 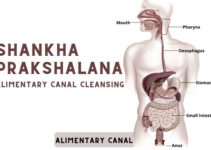 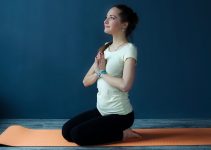 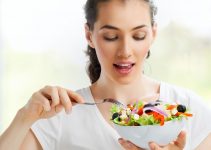