Home » Yoga » Philosophy » Kaivalya or Samadhi: Which is The Highest Goal of Yoga?

We all plan a beautiful living, work hard to achieve our dreams, do things to make our family happy, earn so that our family has the most deserving lifestyle, and whatnot. We go through a lot many challenges and suffering only to be ultimately happy and satisfied.

Similarly, when a person begins the yogic journey s/he plans it thoroughly, dedicating themselves to the practice of yoga. There come so many obstacles in the way, but a true, committed yogi is determined to progress regardless of the troubles.

But where to go? What is the end outcome of the intense yogic sadhana? Yoga Sutra says it is the attainment of Kaivalya. The ultimate goal of the various smaller goals is to reach the stage of liberating oneself from the sensory worlds and mundane pleasures.

The Sanskrit word Kaivalya is derived from ‘Kevala’ meaning “only” or “alone” or “isolated” and ‘lya‘ means the flow. The state where only the Self or Soul alone exists in a constant flow of pure, undivided consciousness is called Kaivalya.

This is the final stage of enlightenment that a yogi can reach, also in other words called as moksha or liberation.

In Kaivalya, the person is only identified with the pure consciousness and isolated from worldly attachments, all forms of pleasures, identifications.

Kaivalya means that the yogi has reached the level of complete surrender of ego, and he has left all the material attachments that he lifts himself up in the direction of completeness or exclusiveness.

When the soul realizes that bliss is not externally dependent on anything, Kaivalya comes in. The soul then understands its true, unchanging, beginningless, endless, and infinite nature. In this state, the consciousness is established in its pure essence and liberation of the soul happens.

How is Kaivalya Described in Various Philosophies?

The concept of Kaivalya is described differently by various philosophies. However, they all convey the same essence of final liberation.

Kaivalya as explained by the Yoga Darshana is the ultimate goal of the yogi attained. It happens by unveiling the innermost light of the soul. Sage Patanjali says that a yogi who attains Kaivalya is free from all the bondages and achieves Absolute Consciousness.

In the Raja Yoga path, Kaivalya is elaborated as isolation of Purusha (energy) from Prakṛti (matter) and freedom that comes when the three Gunas (Sattva, Rajas, Tamas) become inactive. It is in this condition that a person’s intelligence becomes as pure as the Atman itself.

In the Yogatattva Upanishad, Kaivalya is described as the very nature of the self or its absolute state. It is the condition devoid of birth, existence, or experience. A yogi who has attained Kaivalya is in direct connection with the Ultimate Reality.

According to Srimad Bhagavatam, Kaivalya is immersing himself with God. It says that everything is Brahman (Absolute Consciousness). Attaining oneness with that Brahman is Kaivalya. Bhagavatam explains that the Supreme Godhood is the only existence. Merging with this existence is Kaivalya, and should be a goal of every devotee.

In Jainism, Kaivalya is called Kevala Jnana and refers to the complete understanding of the highest wisdom. It is believed in Jainism that Kevala Jnana is the most natural characteristic of a soul, but is shadowed by our karmas. A yogi who uncovers the modifications is called Kevalin in the Jain philosophy.

What is the Difference between Samadhi and Kaivalya?

In the Yoga Sutras, Samadhi is referred to as the meditator and the object of meditation immersing into the one single identity. The consciousness is absorbed in itself and all other sensations or experiences shut off.

Samadhi is the final limb of the Ashtanga Yoga where a yogi becomes one with his nature itself. It is called the ultimate tool of Yoga and not the ultimate goal. The ultimate goal of yoga is to attain Kaivalya, which can be referred the highest stage of Samadhi.

Many yogis have warned about a yoga practitioner being stuck at the Samadhi level. The stages of Samadhi are so blissful that there is a possibility that a yogi might be distracted by this condition itself. Beyond Samadhi, lies Kaivalya, which is the aloofness or isolation from the external world.

After mastering the level of Samadhi, when the yogi comes back to the common world, he still knows the nature of the universe but in the form of its most subtle aspects.

It means there are still samskaras (accumulation of past karmas) remains in the state of samadhi. Yogi thus motivated to experience the world in its action. But in Kaivalya, no new karmas are generated, since the yogi is completely detached from the world, his samskaras which are responsible for the birth and death cycle vanishes.

Yogi B.K.S. Iyengar calls Kaivalya as ‘Samadhi in action’. In this state, the yogi is fully liberated from the bondage of the external world and with the higher understanding is pushed into the action phase of living.

How to attain Kaivalya?

Bringing our higher-order realizations into action is not a simple task. For attaining kaivalya, ego, desires, worldly attachments must be overcome and this requires a great deal of Sadhana and Tapas.

However, in order to go closer to the attainment of Kaivalya, here are some actions that can be followed.

A yogi must maintain a dedicated and intense practice of all the eight limbs of yoga if he wishes to uplift himself towards liberation. The state of Kaivalya does not come with casual practice. It requires deep sadhana and the implementation of yogic principles in one’s life.

Along with the limbs of yoga, a yogi should also try to bring those principles to his daily routine without taking breaks. Personal commitment to the yogic practice is a must if the yogi wants to attain Kaivalya.

Once the yogi is committedly attached to the external yogic routine, he should move inwards. The internal practice of yoga is for the mind and intellect. It can be achieved by practising Samyama, which is the combined practice of Dharana, Dhyana, and Samadhi.

Samyama conditions your mind and intellect to subtly introspect and learn to discriminate between the unreal and real. Once this discrimination is achieved, the yogi nears the Samadhi stage. And from Samadhi, he can attain Kaivalya, by becoming purely aware of the entire existence.

One of the major contributions to becoming completely aware of one’s true nature is the attitude of surrender. Patanjali also names it Ishvara Pranidhana. It is essentially the practice of going to the Supreme by leaving aside your egoistic feelings and other materialistic attachments.

You can practice this principle along with the dedicated yogic practices to move closer to attaining Kaivalya. However, you must keep in mind that it takes honest and responsible practice to reach this stage. And surrendering your ego through performing selfless activities can surely help you become selfless.

Practising solitude does not mean avoiding company and staying alone, away from the world. It refers to developing the attitude of mental isolation from the thoughts that can bother you. As you make a distance between yourself and your thoughts, you are able to see them clearly and logically.

You can exercise this attitude of not getting influenced by the worries that your mind makes up. When you learn to understand their impracticality and untrue nature, you move ahead towards the understanding of what is real. And when the real is witnessed, liberation occurs.

Liberation can only occur if the yogi has travelled through all the prerequisites for that and mastered them. It is a matter of intense sadhana. There are a number of layers to cover before a yogi can reach the stage of liberation.

However, we must keep in mind that liberation in this era cannot happen willingly by the intense penance just as it used to be in ancient times. Thus, the meaning of Kaivalya in the 21st century is believed to be the ability ‘to see without anything to be seen’.

It is the state of total freedom where the person’s dependence on the external means of happiness is literally zero. He has stabilized in Samadhi and is now in the phase of living with that state in his day-to-day life. 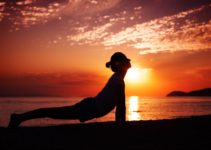 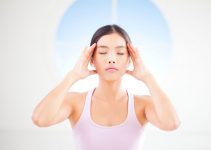